Turkey's Ministry of National Defense shared a message of loyalty to NATO on Tuesday, and said, “we have been together for Peace and Security for 68 years #WeAreNATO “. 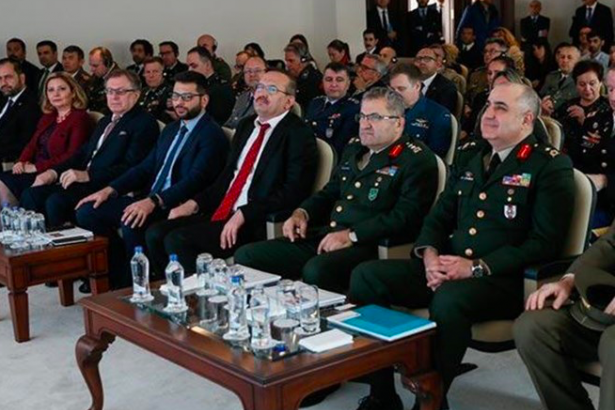 The Ministry of National Defense of Turkey shared a message of loyalty to NATO from its official social media account Tuesday evening.

Turkish Ministry said "we have been together for Peace an Security for 68 years", addressing NATO, the organization that is behind the military coups in Turkey, responsible of the reactionary attacks in the region, undertook bloody attacks in the area and many parts of the world.

The Ministry's message included the "We are NATO" campaign that the organization started in order to increase the membership consciousness among member countries in 2017. Turkey decided to join the campaign after 3 years.

According to reports in Cumhuriyet daily, "in order to increase the awareness about Turkey's contributions to NATO", Turkey joined the campaign and chose the 68th anniversary of its participation in NATO, the 18th of February, to make its promotion public.

During the "We are NATO" campaign, NATO was said to be facing more comprehensive threats today compared to the past. These threats were defined as Russia's aggression in the east and in the south, the deteriorating security situation in North Africa.

Turkey's ruling AKP government has recently been in dispute with Russia over Idlib and the long-lasting talks between the two countries in recent weeks have not reached an agreement. Turkish President Recep Tayyip Erdoğan said, after the most recent talks, that "An operation in Idlib is imminent."

Last week, Hulusi Akar, the Minister of National Defense of Turkey, asked NATO and European powers to provide Ankara with military support regarding the recent conflicts in Syria’s Idlid, the U.S. said Washington has currently no plan to conduct a direct military intervention in the region.