The Communist Youth of Turkey (TKG) announced that it will hold a conference titled “Call to the Future” on 7-8 August in İstanbul. 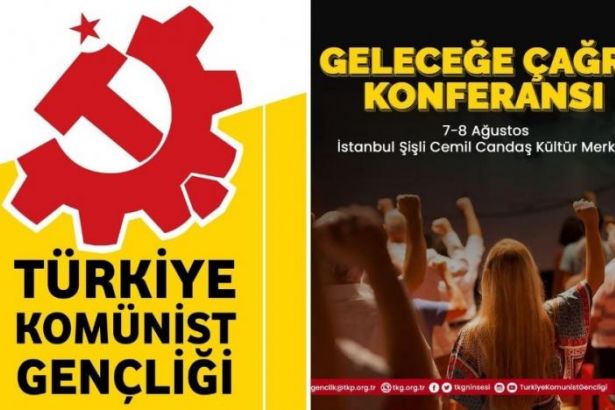 The Communist Youth of Turkey (TKG) has announced that it will organize its 2021 summer meeting as a conference this year. TKG, which will meet with its members and friends at Şişli Cemil Candaş Cultural Center this year, announced that unlike the events held in the form of summer camps in previous years, the program will last for two days. The conference will take place on 7-8 August.

Youth and Ideology in the 21st Century

What Is Turkey's Communist Youth Struggling For?

Why Should We Get Organized?

The reports prepared by the TKG Secretariat for the program consisting of four meetings to be held under these titles will be made accessible after the conference with their final versions. The delegation of the Communist Youth of Greece (KNE) is among the participants of the conference, to which many comrade organizations have already conveyed their international greetings.

The Communist Youth of Turkey had announced the Conference as follows:

“What will the youth say about politics?

Is it enough to sit around and watch what is happening in an order where the education system has collapsed, hopes for the future are tied by a thread, racism, reactionary nature, and massacres of nature have turned into government policy?

The Communist Youth of Turkey is gathering in İstanbul this year with the claim of ‘calling to the future’ millions of young people living in our country. For two days, we will talk about what it’s like to be organized, the way out, the future and we will welcome the new education year much stronger.

The Call to the Future Conference will be held at Şişli Cemil Candaş Cultural Center on August 7-8.”