Politics is not AKP's toy: TKP

Communist Party of Turkey made a statement pointing to the recent developments in politics, urging people to fight for freedoms and the right to do politics 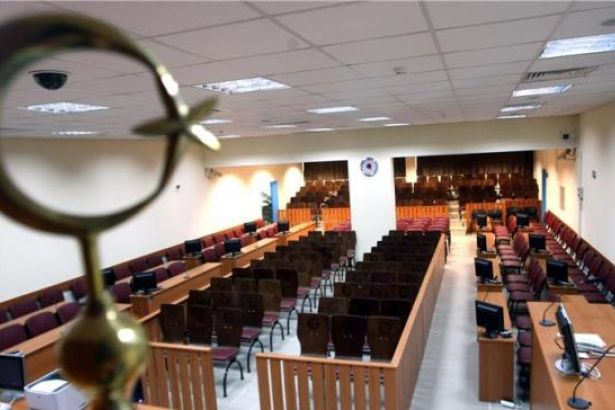 The Central Committee of the Communist Party of Turkey issued a statement regarding the latest attacks of the governing Justice and Development Party (AKP), arguing neither AKP nor its ally, the Nationalist Movement Party (MHP) does have the legitimacy to draw the boundaries of the political field in Turkey.

Justice and Development Party (AKP) government added the threat of shutting down a party to its attacks, which it carried out through methods such as removing deputyships and appointing trustees to local governments. The lawsuit filed with the demand of closing Peoples’ Democratic Party (HDP) and a political ban on many people does not have any legal basis. Just as it is meaningless to discuss the unjust detentions and convictions, operations such as Ergenekon and Balyoz from a legal perspective, it is meaningless to discuss the disputes against HDP within the framework of written rules that have turned into a jigsaw puzzle. Since AKP came to power, it has sought support for its policies, sometimes on the grounds of freedom and democracy, and sometimes on the grounds of national security and national interests. Each time, some social segments were trapped by some political parties or "wing leaders" who put the power in the hands of the government.

Acting with a counter-revolutionary mission, the political power, which causes severe damage to our country and our people, must be left alone without any what-ifs and maybes, and this power must be stripped of its ability to manoeuvre.

With the closure case, AKP punishes a party that does not support its own policies and regards it as an obstacle to the political projects in its mind, while it ignores the right to vote and to stand for election, and makes new moves to narrow the political sphere as far as possible.

All kinds of interference with the right to vote and to stand for election, to make politics, and to organize should be opposed. Neither AKP nor the Nationalist Movement Party (MHP) does have the legitimacy to draw the boundaries of the political field in this country.

In terms of the Communist Party of Turkey (TKP), AKP is guilty first and foremost of brutally attacking the working people in line with looking after the interests of the big bosses in Turkey, being a religious party that completely disregards secularism, and practising an unfair and dangerous foreign policy internationally, while trying to take a greater role in NATO aggression, and opening our country to the unlimited plunder of international companies. Within this framework, TKP continues its struggle and continues its activities in line with a change of order that is the real salvation of our country.

Defending freedoms and the right to do politics is an integral part of this struggle. The struggle against imperialism, reactionism, and market dictatorship is also the only way out for the Kurdish poor, who are tried to be ignored once again after being deceived by the lies of "declination" and "solution", in order to protect and strengthen values such as democracy and freedom that have been contaminated and stripped out of their meanings.

We call on all our citizens to fight together on this path.