The Women's International Democratic Federation (WIDF) European Delegation has issued a message of solidarity to the Cuban people. 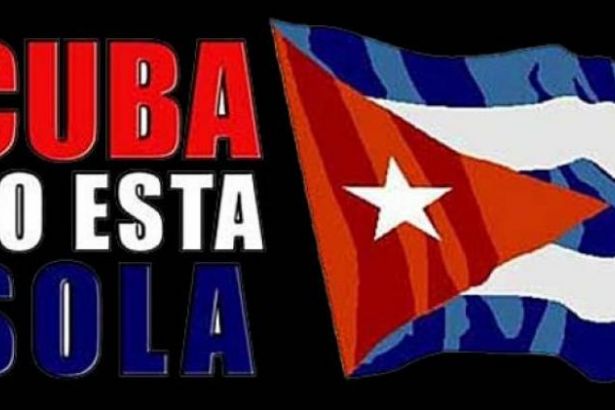 The European organizations under the Women's International Democratic Federation (WIDF) have released a message conveying feelings of solidarity with the Cuban people, resisting the imperialist intervention attempts of the US.

Greeting the Cuban revolutions, the organizations declared that Cuba is not alone.

The full solidarity message is as follows:

We condemn the USA plan of the Biden government which is supported by the anti-Cuban mafia, groups financed by the USA Administration to overthrow the Cuban government. They organized and instigated anti-government protests within Cuba, going as far as to ask for "imperialist humanitarian intervention'". Under the pretext of human rights, they even highlighted the difficulties faced by the Cuban people, caused by the 62 years long criminal blockade against Cuba imposed by the USA and its allies.

It is clear that under the pretext of 'human rights' the imperialists, the USA, NATO and EU accomplish their criminal interventions against the peoples.

Recently they apply their provocative actions also through the tool of social networks.

As anti-imperialist women, we strongly support the brave Cuban people and the proud women of Cuba and we express our everlasting solidarity with our co-fighters, the Federation of Cuban Women (FMC). FMC stands in front of the struggle against the imperialists plans to overthrow the Cuban revolution, which the USA government orchestrates.

We are at 'the side of the Cuban people who are in international solidarity towards the suffering peoples worldwide for decades.

We will never stop supporting the achievements of the Cuban revolution !!

CUBA IS NOT ALONE !!