The Cuban Institute of Friendship with the Peoples (ICAP) called on the world solidarity movement to support the Revolution and condemn the destabilizing actions orchestrated and financed by the United States. 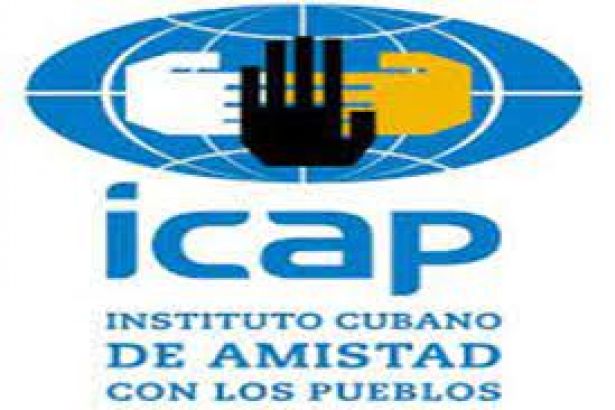 The Cuban Institute of Friendship with the Peoples (ICAP) issued a message to the international solidarity movement with Cuba, stating that ''these are times for rising our voices in defense of the truth and for rejecting and denouncing the imperialist threats.''

The full message is as follows:

As it has been informed by the highest leadership of the Communist Party of Cuba and the Revolutionary Government, street riots have occurred in our country, organized and sponsored by counterrevolutionary groups inside and outside the Island, in response to an organized plan designed and financed by the USA government in their attempt for withdrawing the Cuban Revolution.

Just a few days after being isolated in front of the international community which overwhelmingly voted in favor of lifting the blockade in the United Nations Organization General Assembly, the USA government uses its propaganda machinery for fostering the social disorder in the Island. By means of the hashtag #SOSCuba, they promoted a misinformation campaign aiming at imposing an opinion matrix on the public opinion in order to justify their hypocrite “humanitarian aid” in Cuba, using as a pretext the Covid-19 new regrow and the complex economic situation that they themselves have increased by means of the recrudescence of the blockade.

The Cuban Institute of Friendship with the Peoples strongly rejects these actions that are part of a political-ideological destabilizing plan aimed at undermining our independence and sovereignty, manipulating the social network and the mass media. They are very much upset because for more than 60 years most of the Cuban people supports the socialist and revolutionary project.

¡Cuba is not alone! In a solidarity way, millions of friends from all over the World have joined us and will keep on accompanying us in our fight against an intensified economic, commercial and financial blockade and rejecting the 243 additional measures from the last period.

Next July 17th, 9 am (Cuban local time) and by the profiles SiempreConCuba in the platforms Facebook and YouTube, our Institute will present details of the present situation in Cuba.

We make a call for you to follow us. These are times for rising our voices in defense of the truth and for rejecting and denouncing the imperialist threats.