The European Communist Initiative (ECI) has issued a statement on "green growth" and the environment, declaring that profit-based development and environmental protection are incompatible. 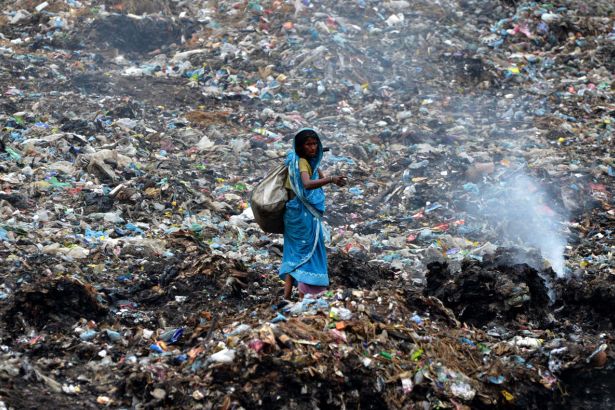 The Communist and Workers' parties of Europe have issued a joint statement regarding the so-called "green growth" promoted by the capitalist institutions and the governments as a response to the crisis. The European Communist Initiative (ECI) has declared in its statement that on the contrary of the discourse, the capitalist system itself is responsible for the environmental destruction threatening humanity today. The Initiative emphasizes that only with socialism is it possible to create a sustainable and healthy life.

The full statement of the parties is as follows:

On "green growth" and the environment: profit-based development and environmental protection are incompatible.

The peoples today face the constant burden of the environment and the climate that will generate huge consequences for humanity for generations to come. However, the various inter-capitalist agreements, like the Paris Agreement of 2016 on global warming, reflect the needs and objectives of capitalism, not of the working people. The EU and its governments promote their own agenda of so-called green development as a solution to the capitalist crisis. The so-called “Emissions Trading” exposes the cynicism of the capitalists and attempts to legitimize paid pollution from business groups in order to keep polluting, deteriorating all the harmful effects on the environment

Capitalism finances the so-called “green growth” with huge amounts of money taken from the working people, and raised in the EU's “Recovery Fund” and “Just Transition Fund”. This is used for a restructuring of production in a supposed eco-friendly way, while the goal of the monopolies is to integrate new technologies into production based on the sole criteria of their profits and the intensity of the exploitation of workers, trying at the same time to disorient and manipulate them. The practice has proven that the capitalist system is responsible for the exploitation of the workers, poverty, unemployment, and other worsening conditions of life in order to siphon off a never-ceasing profit. The capitalist development based on profit leads to the destruction of the natural environment and its resources, distorting what is considered a quality of life.

In addition, capitalism invokes individual responsibility for the protection of the environment. “Environmentally friendly” consumption becomes another burden on the working people in an already strenuous everyday life, increasing the so-called "green" taxes and fees. In reality, even the “greenest” production -like the so-called "digital economy"- puts out a certain type of goods for sale and the working people are pushed with all means to buy them, and even more expensive.

Socialism, with the centrally planned economy and criterion the satisfaction of popular needs, gives the working people the power and practical possibilities for the protection of the environment.

The European Initiative of Communist and Worker’s Parties emphasizes that only with socialism – socialism that must shoulder the responsibility to stop the laying waste of our world, to build an economy that is truly in favor of environmental protection, and to give the working population of the world the possibility to create a sustainable and healthy life.

The communist parties face the task of putting this consciousness and people’s worry into context, for the escalating destruction of the environment, and to link it to the struggle against monopolies, capitalism, and the need to overthrow it.

We fight for a socialist society, where power will be in the hands of the working class and the planned economy will operate on the basis of the increasingly expanding production, for the respect and protection of the environment, for the interests and the satisfaction of the working people’s needs, and not in the profit in the burden on the lives and health of peoples and future generations.

The European Communist Initiative salutes the struggle of the workers of Europe for: