Cuban govt. confirms that there are no missing persons

Cuban government confirmed that there are no missing persons in the country after the political and media operation on the alleged list of missing people. 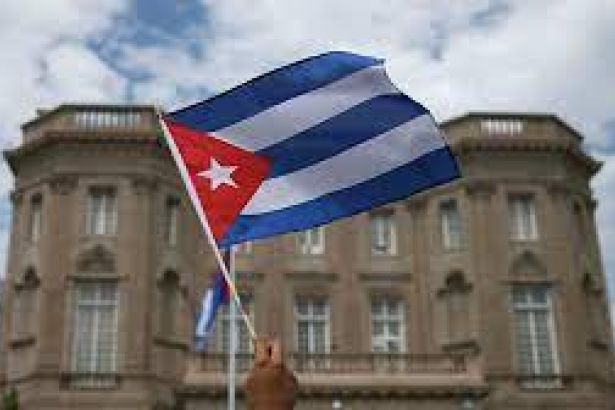 Cuban government confirmed that a new smear campaign against the country has been dismantled after the political and media operation promoted and financed by the U.S on the alleged list of disappearances in Cuba. Noting that torture, like enforced disappearances, is prohibited in Cuba, the Cuban government stated that  ''every person detained in light of the events of 11 July has the ability to appoint counsel, or the court will appoint one for them, in accordance with their right to receive legal assistance under Article 95 of the Constitution.''

Cuba, as State Party to the International Convention for the Protection of All Persons from Enforced Disappearance and the Convention against Torture and Other Cruel, Inhuman or Degrading Treatment or Punishment, complies with the provisions contained in the above-mentioned conventions.

Article 51 of our Magna Carta sets forth that people in Cuba may not be subject to forced disappearance, torture, or cruel, inhumane, or degrading treatment or punishment.

There are no missing persons in Cuba. There have never been nor were there any as a result of the recent disturbances.

There are no secret places in Cuba to take people who have been arrested for any reason. The family and friends of any arrested person know the detention centre where the detainee is held.

The personal data of any person taken to a police station are recorded manually in a logbook, and entered into an automated registry connecting all police stations. These registries ensure knowing the location of any detained person, anywhere in the country.

The family of all persons detained in connection with the recent disturbances are in knowledge of the place where their family member is being held, they have gone to the location, have brought them belongings with personal hygiene items or specific medicines. The information about the location of detained persons is established and auditable by the General Prosecution Office, as the body entrusted with ensuring compliance with the legality.

From the initial number of detainees, a group has already been released as it has been confirmed that they did not have any criminal involvement. Others are under a non-custodial precautionary measure (staying at home) and some accused are remanded in custody as their case is in the preparatory phase.

Every person detained in light of the events of 11 July has the ability to appoint counsel, or the court will appoint one for them, in accordance with their right to receive legal assistance under Article 95 of the Constitution. That some detainees do not have a lawyer responds to their own choice.

The preparation of lists of allegedly detained or missing persons in the wake of the events of 11 July loses all credibility in the face of the lack of information in those lists. It has been proved that some of the persons included in those lists have never been detained or even interviewed by the authorities, or simply were not involved in any way in those events.

Sixty-three persons have approached the General Prosecution Office since 12 July. Their complaints or claims have not been related to disappearances but rather interest in learning details about the detention of their relative. In every case, those who approached the General Prosecution Office were informed of the location where their relative was being held.

The General Prosecution Office has informed that 5 claims are under investigation in connection with general disagreements about the legal proceeding arising from the events of 11 and 12 July. In no case, these complaints relate to the lack of knowledge of the place of detention, as family members have that information, or any abusive treatment suffered by the detainees.

Torture, like enforced disappearances, is prohibited in Cuba. The current legal framework, including the statue governing procedures in detention centres, includes the fundamental guarantees universally accepted to protect all persons from torture and other cruel, inhumane or degrading treatment or punishment. There has never been prove of a single case of a tortured person in our country.

Any denunciation, complaint or legal claim brought forth by the public, including persons in custody, is dealt with by the General Prosecution Office, which has the responsibility to look into it, investigate and respond.

In Cuba, there is not nor will there ever be room for impunity, or any laws or regulations harbouring it. In case of any irregularity in law enforcement actions during the above-mentioned events, it will be investigated and the outcome of the investigation will be announced. In case violations were committed, measure will be taken ensuring the reestablishment of lawfulness.