European Communist Initiative on May 9, Victory Day: Socialism is the future!

The European Communist Initiative (ECI) has released a statement on the day of the great victory of the peoples, stating that the memory of the anti-fascist victory does not fade away. 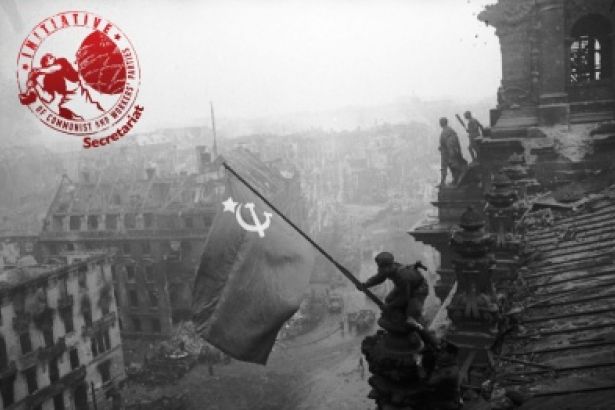 The Secretariat of the Initiative of the Communist and Workers' Parties of Europe has made a statement on the “Day of the Antifascist Victory”, commemorating the 76th anniversary of the people's victory against Nazi fascism and denouncing the efforts of the apologists of the exploitative capitalist system, which gives rise to fascism, to rewrite the history written in the blood of the peoples.

The memory of the Antifascist Victory does not fade away. Socialism is the future!

76 years ago, the Red Army raised the Red Flag in the Reichstag, marking the Great Antifascist Victory of the Peoples and the defeat of Nazism. That was a fierce and bloody struggle, led by the Soviet Union with the decisive contribution of many anti-fascist, partisan movements, with the Communist Parties at the forefront.

The most barbaric dictatorship of capital in Europe ended thanks to the enormous sacrifice of millions of Soviet soldiers, partisans and anti-fascist militants.

In this titanic struggle, the power of the working class, the Soviet power, demonstrated its superiority at all levels.

The European Communist Initiative denounces the efforts of the apologists of the exploitative capitalist system, which gives rise to fascism, to rewrite the history written in the blood of the peoples. We especially denounce the imperialist European Union, which is leading in this effort to revise history and to tarnish socialism in Europe, accompanied by persecution and restrictions on the activity of the Communist and Workers' Parties.

76 years after the Antifascist Victory of the Peoples, the workers and other popular strata around the world are faced with imperialist interventions and wars, with the social impasses of the new deep crisis of the capitalist system, whose inhuman character becomes particularly evident under the COVID-19 pandemic conditions, due to the weakening of public health systems and the commercialization of health.

The anniversary of the Antifascist Victory lights the way of peoples' struggle to overthrow the negative correlation of forces, against capitalist exploitation and oppression, to open up the way for social liberation, for socialism!