TKP: The occupiers will lose, the Palestinian people will win!

Communist Party of Turkey has made a statement, condemning the expansionist policies and attacks of Israel government against the Palestinian people. 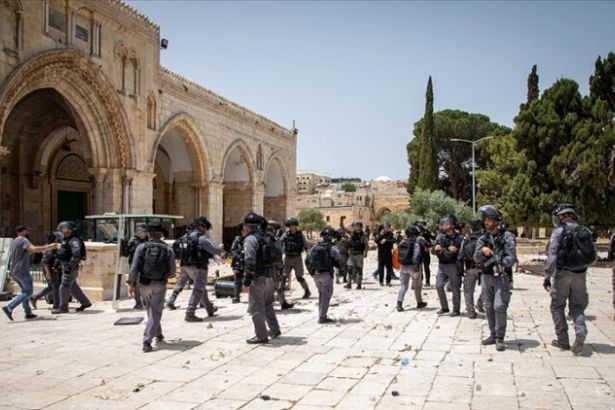 We condemn the expansionist policies of Israel government, which constitute an occupation, and the attacks committed aiming to forcibly displace the Palestinian people.

Racist violence against the resisting Palestinian people, pro-peace activists, women and children, who are tried to be evacuated from their homes and neighborhoods in East Jerusalem by the fait accomplis of Israel, is inhumane. Since last week, dozens of Palestinians have been injured by the violent attacks of Israeli police and settlers. With the escalation of the conflict, more than 20 Palestinians, nine of whom were children, died in Israel’s air strikes against Gaza. It is foreseeable and very concerning that the attacks will not stop here.

Let us also remind that while the Israeli government has vaccinated a large part of the population, very few Palestinians living under siege in the same region had access to vaccines or medication and they continue to suffer from the COVID-19 pandemic under extremely severe conditions. The Israeli authorities turned a blind eye to this great inequality and almost watched these preventable deaths happen.

Despite all these losses, the fact that the USA, which is the biggest supporter of Israel and whose embassy is still illegitimately located in Jerusalem, designates the massacre perpetuated by Israeli government as a “defense”, clearly shows where the courage behind settlers’ brutality is coming from. Imperialism is trying to strangle Palestinian people. It is outrageous.

As the Communist Party of Turkey we declare that we will always stand by the decades-long just resistance of the Palestinian people and their legitimate demands for independence and sovereignty.

The occupiers will lose, the Palestinian people will win!