Communist Party of Turkey (TKP) opened two provincial and one district representative offices in Eastern Turkey in the last three days with the participation of the people of the region. 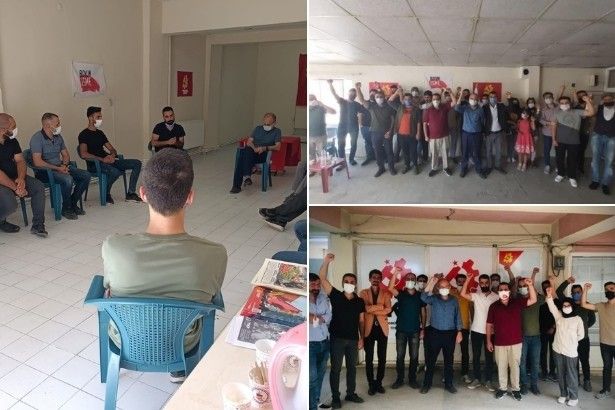 The provincial representative office was opened in Iğdır on June 15, with the participation of TKP Secretary General Kemal Okuyan. Speaking at the opening where the workers from Iğdır took part, Okuyan said, "Nowhere is considered far for TKP. Wherever there are people, labor and exploitation in the country, TKP is there and raises the struggle". At the meeting held in Ağrı on 16 June, workers and youth started to work to raise the voice of socialism as new TKP volunteers.

On June 17, the workers came together for the opening of the Patnos district representative office. In his speech, Okuyan emphasized that unemployment in the district and throughout the country is a problem created by this order, and said that they will continue to struggle not to be condemned to this order.