Heavy rains in the northern part of Turkey led to floods, damaging hundreds of houses and killing at least two people. 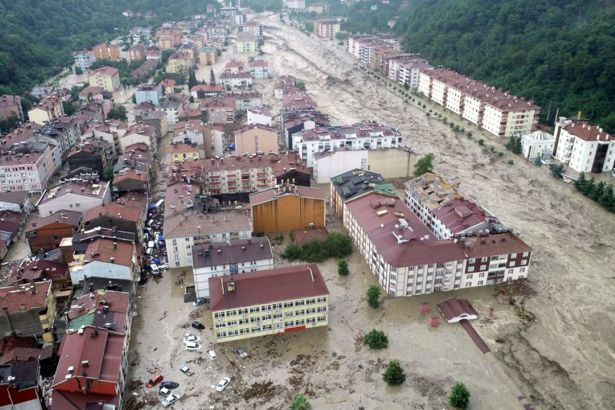 In Bartın a woman whose house was destroyed is missing and one person died of a heart attack. The stream overflowed in the Ayancık district of Sinop, and the patients in Ayancık State Hospital were evacuated due to the flood. Ayancık Mayor, Hayrettin Kaya, stated that some people are trapped by the flood.

Two weeks ago, another flood occurred in the eastern province of Van. Dozens of houses were damaged, thousands of animals died and farming lands were seriously damaged by the flood, which affected at least 13 neighborhoods in Van.