Solidarity Assembly published a report titled "Enough is enough. All the responsibility of the pandemic belongs to the ruling capital.” 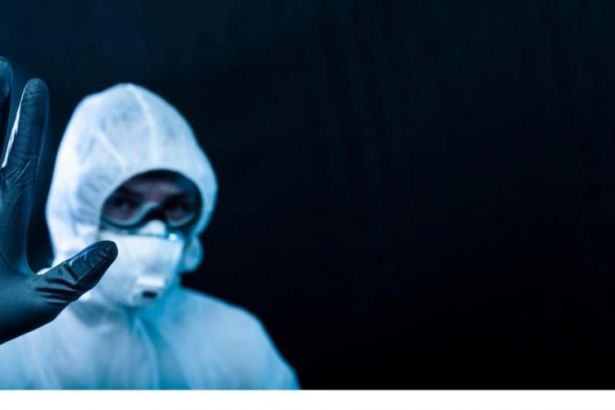 The Solidarity Assembly of Turkey, initiated by the Communist Party of Turkey (TKP) and formed by a group of scientists, artists, writers, journalists, trade unionists, labor leaders released a report titled “Enough is enough. All the responsibility of the pandemic belongs to the ruling capital.”

The report stated that the governments, not only in Turkey but in all countries, are acting in accordance with the rules of capitalism during the pandemic process while causing the death of hundreds of thousands of people and great damage to humanity.

In the report, which said, "Even in the capitalist countries shown as an example, COVID-19 had different mortality rates between those living in two neighboring districts. More people died in low-income neighborhoods,” and it was pointed out that the vaccine could not be produced in sufficient quantity and speed because the companies tried to turn the disaster into an opportunity.

The rest of the report is as follows:

One year has passed with the COVID-19 pandemic that affected the whole world. The number of deaths due to the pandemic approached 3 million. Restrictions and prohibitions in many countries, including Europe and America, paralyzed daily life. This whole process was marked by the unwillingness and opportunism of the capitalist class and the disorganization of the working people.

The disease has affected Turkey and all capitalist countries in a class-based pattern. The process, so to speak, was left to "class" herd immunity. Warnings such as "stay at home, maintain social distance, pay attention to your hygiene" remained naive individual calls. COVID-19 has already taken its place in history as a labor disease.

Even in exemplary capitalist countries, COVID-19 had different mortality rates among those living in two neighboring districts. More people died in low-income neighborhoods. The pictures of the burials reflected in the photographs belong to the laborers, not the capitalists. In studies conducted in our country, it has been determined that laborers cannot stay at home and therefore fall ill and lost their lives more than the capitalist class staying at home.

The pandemic declaration of the World Health Organization in March 2020 and the struggle recommendations to be followed on a global scale were also according to this class situation. For capitalism, the pandemic meant only one thing: to be on the verge of the capital accumulation model crisis or not! The preferences of the countries to cope with this crisis clearly showed this: The governments have entered into a crisis of preserving and maintaining the capitalist order as a whole. The self-saving and securing measures of the order were reflected in the working classes as legal regulations arranging work regimes. It is necessary to evaluate applications such as remote work and short work allowance within this framework. In the last 30 years, increasingly desired flexible working methods and tools have been diversified with the pandemic opportunity.

Measures took the form of attack on laborers

Remote working, distance learning, or curfews were tailored to the needs of capital. Turkey holds the record of keeping its schools closed the longest in the world. In the same period, the power of capital did not hesitate in keeping the shopping centers, which are donated to 65% of all trade, open. Applications such as EBA or online work fulfilled the needs of the capital, not workers.

The restrictions imposed on freedom of expression and assembly under the name of pandemic measures were attempted to be operated only against laborers and the political organizations of laborers. On the other hand, the power of the capital managed to create chaos even in distributing masks, procuring vaccines, and announcing case numbers. Packed with irresponsibility! The scientific board, on which the power rests, has also undertaken the function of legitimizing the wrong and inadequate measures implemented.

Working remotely is a big trap!

The pandemic has created an opportunity for capitalists to make eagerly awaited changes in the production process. Flexible working regimes quickly became established as a pandemic measure. This transition pleased the capitalists the most. In the jobs and businesses that were closed during the pandemic, all levels of rights and receivables of workers were seized.

For workers who continue to work, the right to know the risks they face, to demand precautions and to leave their jobs; having a say in the decisions in combating the crisis; absolute pressure and in many places bullying practices occurred on topics such as the demands that working hours and conditions of access to work should be regulated in an equitable, safe and humane way.

Remote work and other flexible work practices created a labor regime that would block all channels through which workers could organize solidarity, resistance and struggle. Ultimately, all these practices and regulations regarding the work regime mean impoverishment for the working classes, a significant deterioration in the quality of life, as well as isolation from social and political life.

For capitalist countries, the dominant counter-tendency has been to move the virus and the disease it causes away from being a threat to all dimensions of capital accumulation models. The pandemic was not perceived as a threat to the health, well-being and quality of life of humanity, but as a threat to the functioning of the capitalist-imperialist system, and precautions were taken primarily to protect the economic and social functioning of the system. In all capitalist countries, first of all, by keeping medical requirements to a minimum, the security and continuity of production and service processes, supply and distribution chains on a global scale, trade, market mechanisms and financial order of all these were ensured.

Besides the preservation of the capital’s order in the description given above of the situation-specific to Turkey’s capitalism, protection of a political and social order referenced to religious motives has become clear. In all precautions / protection practices experienced during the pandemic, we have observed that capital interests and religiously referenced areas are primarily protected and worship mechanisms intertwined with the market are brought against the secular social lives of citizens.

Every stage of the vaccination process is full of distortions

Vaccine development studies against COVID-19 have been completed much faster than any previous vaccination process. It is possible to read this as the success of science and science workers. However, it should not be forgotten that this period would be much shorter if scientists could continue to develop vaccines against viruses in previous outbreaks (EBOLA and SARS). The preferences of the capitalist class have also shown themselves here. At that time, no funds were allocated for vaccine studies, which would have a low equivalent in the market.

COVID-19 has opened up a profitable area. mRNA, a new vaccine technology, reflects just this profitability. Companies have received more than $20 billion in investment fees from the public for developing COVID-19 vaccines, and will continue to earn billions of dollars through "patents" for decades.

Despite unprecedented public funding, license agreements and patents are conducted in secrecy. As a result of companies that want to maximize their profits not sharing their patents, sufficient vaccines cannot be produced and the vaccines produced cannot be distributed equally because the imperial countries confiscate the vaccine. While the USA, England and Israel have vaccinated millions, the number of countries that have not received even a single dose of vaccine for now is 60. 34 of these countries are located in Africa. The partnerships established under the leadership of WHO for vaccine solidarity are far from being a remedy for this great inequality.

Vaccine competition is also remarkable and is another aspect of imperialist aggression. Vaccines based on mRNA technology are marketed as "aristocratic vaccines.” Workers are misled about inactive vaccines. The process has worked in such a way that the competition for vaccines has led to many countries in Europe, including Germany, without vaccines. In all these immunization processes, political power in Turkey is managing the situation "with its toe". The political power is responsible for the rates of "not being vaccinated", which reach 25% despite their turn have come. Not someone else.

Corona opposition was not effective

The pandemic and the inadequate measures implemented also led to a justified reaction despite all the pressure and intimidation. Since the beginning of the pandemic, many scientists and class organizations have made statements and calls against the practices and pragmatism. Despite the reactionary power, science has turned into a resource that society turns to again and again. Numbers, statistics, and graphs have become essential tools for dissenting voices, especially about the process. The government, the health ministry and the scientific board were called at different turns.

However, the opposition to the corona stayed away from pointing out a clear political direction. For the government, it was easier to manage numbers or graphs than to rule the masses, and the result was that the practices of the government gained legitimacy in the next stage, contrary to what the opposition intended.

Similarly, the government made a premium over healthcare workers! While it should have been the opposite, tens of thousands of healthcare professionals got sick and hundreds died. The balcony applause, the “circulating capital" given three months, and the empty glorification of a "healthcare worker" helped to cover up the government's irresponsibility during the pandemic. In addition, items for the healthcare system and income support for workers from the resources allocated from the central budget against the pandemic in 2020 were extremely limited; incentives for companies (capital) and transfers took the lion's share.

It is thought-provoking that a minister who has been found to have lied many times can still sit in his seat.

The pandemic order will not end unless the laborers take over

The most successful outbreak management in the world is attributed to a well-developed public healthcare system, a decisive central government, a proactive containment strategy based on comprehensive testing, monitoring and quarantine. Socialism is required for the control and end of the pandemic.

Workers must take over the process in solidarity

Now, within this whole picture, we have entered the second year of the pandemic. The political power is re-implementing the measures after completing its packed-up congresses and shows and getting the pandemic out of control once again. This pragmatism is combined with capital opportunism. The capital power, which broke records during the pandemic, opens to regional adventures. Vaccination and precautions are on the agenda as far as they are.

We are aware that our society is tired of the pandemic. Probably, after the summer months have passed with low numbers, a new wave will be waiting for us in the autumn. Turkey will not even reach the 65% vaccination threshold next year. Under these conditions, the reactionary capital power wants to manage the process with the most appropriate measures.