What is expected of the Cyprus meeting in Genova? 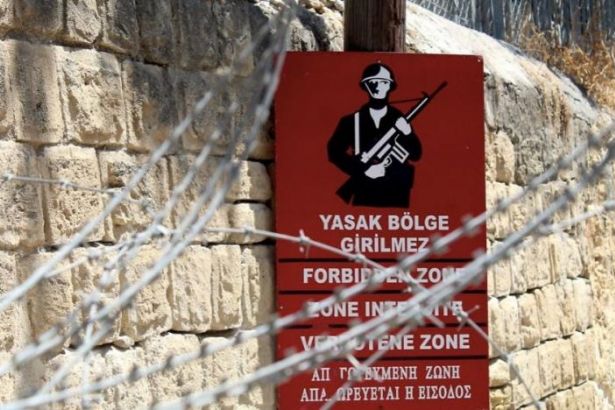 British, Turkish, and Greek representatives as grantors together with the Southern and Northern Cyprus authorities are gathering in Geneva on 27-28th of Apr’21. However, the meeting is an unofficial one.

Before the meeting, Northern Cyprus President Ersin Tatar and Turkish President Erdoğan discussed the position of Turks on the Island just before the meeting. Despite the former Cypriot president Mustafa Akıncı’s attitude, Tatar is in favor of bi-state negotiations. The Turkish Republic is also sharing the same approach. However, the Cyprus table is always open to negotiations.

Since the meeting is hot and details are yet to be unknown, Turkish former ambassador Engin Solakoğlu evaluated the gathering and answered soL’s questions about the meaning of the Geneva gathering.

On the ‘unofficiality’ of Geneva Meeting

The sides of the meeting declared the negotiations as ‘informal’. The reason behind the unofficiality is that the representatives of North and Southern administrations will be introduced to each other for the first time, according to Solakoğlu. It has been 4 years since a comprehensive negotiatory meeting between the parties. Turkish Cypriot leadership has been changed, the Turkish Republic took their distance on the idea of the federation on the Island, and more importantly, the recent tension for the natural energy resources in the Eastern Mediterranean has been escalated during these 4 years.

According to Solakoğlu, and diplomacy technique, this gathering is an initiative to reveal if the negotiations would be profounded. That is to say, the sides will evaluate each other and see if a deep negotiation period would begin.

Any rapprochement expected from the meetings?

It is very common but misleading information to think that there are only 2 sides in Cyprus, according to Solakoğlu. Other than Turks and Rums, the United Kingdom, and the US imperialism which is trying to hide awkwardly behind the UK. The UK is trying to gain its former role before its membership to the EU as ‘the owner’ of the Island as an actor which was emancipated itself from the EU. The tension in the Eastern Mediterranean only disturbs the UK which has military bases on the Island and the US can use British military bases on the island and reach all Middle East. That explains why this initiative begins with a ‘solution plan’ draft proposed by the UK.

Greece has been appearing to the negotiations unwillingly for years. Greek thesis assumes that the Turkish Republic invaded a part of Cyprus Republic and this conflict is between these two countries as a summary. That is why Greece does not prefer to take a role in the negotiations except a warrantor state. Both Greek and Rum sides are not seeking any immediate solutions on the Island, according to Solakoğlu.

On the other hand, Turkey is very weak on the table. An aggressive stance in the Eastern Mediterranean brought nothing to Turkey. The AKP government in Turkey should return to Western imperialism to provide political and economical capital to last its government. Additionally, the inability to hide to see the Turkish Republic of North Cyprus as a conquered land is another weakness to the Turkish side, Solakoğlu emphasizes.

The Cypriot Turks need an immediate solution. They have to struggle with the AKP government who despises themselves without hiding and would change the demographic structure to prevent any opposition in the Northern part, while they are also struggling with the challenges they suffer for decades. That is why almost half of the Turks on Cyprus want the status quo to be changed.

With all these factors, it is not realistic to expect a solution from today, according to Solakoğu. However, it seems the Turkish side needs to stay on the table for a while. According to Solakoğlu, the first party leaves the table loses from the beginning.

Solakoğlu underlines that it is unlikely to have a solution from this table if we check the mindset of the parties who joined the negotiations.

Moreover, Solakoğlu also adds that the energy resources dispute in the Eastern Mediterranean would not have a significant role during negotiations.