Turkey's PE Bank and Software Workers Solidarity Network calls workers to meet in Beşiktaş Square of İstanbul on March 13 at 18:30 against the Remote Work Regulation. 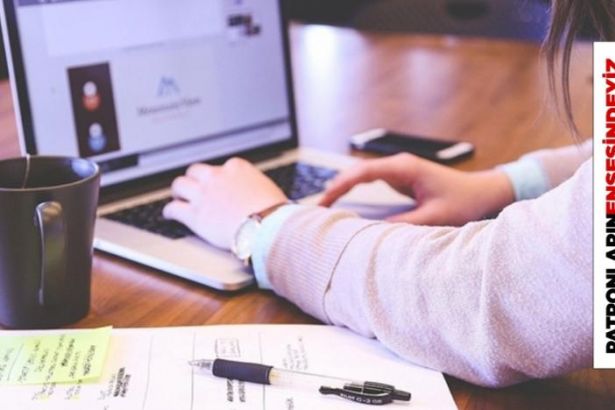 Turkey's solidarity network "We Breathe Down the Bosses' Neck" (PE) Bank and Software Workers Solidarity Networks made a statement regarding the Remote Work Regulation published in the Official Gazette recently.

The statement emphasized that it is clear that the regulation was prepared to provide opportunities for the bosses rather than protecting the employees, in fact, the regulation can be called slavery regulation.

In the statement, all the workers who work from home are called to meet on Saturday, March 13 at 18:30 in Beşiktaş Square against the new regulation.

Members of Turkey's Unity Trade Union will also participate in the protest to be held on Saturday.

The Remote Work Regulation, which has been expected by the bosses for a while, was recently published in the Official Gazette. Each article of the regulation seems to have ruled out the limits of working from home in favor of the bosses.

It is obvious that the regulation was prepared to grant bosses unlimited authorization rather than protecting employees.

The bosses who put working from home into practice during the pandemic period and increased profits with this method, now have their legal cover through the government.

To sum up, the regulation states that everything is up to bosses' choices. Bosses are not responsible for the arrangement of working places in homes and worker’s health and safety remains as just a little “suggestion”. Also, there are legal gaps in working hours and communication issues so the regulation will pave to way for unlimited flexibility and perhaps surveillance of employees with cameras. There is no obstacle to these according to the regulation. We know all this ambiguity will benefit bosses because that's always been the case.

We have experienced that flexible working means being available and working at all hours of the day no matter within or out of business hours. We know how working from home pushes workers to loneliness and disorganization, and how women workers try to cope with the increasing workload at home. Instead of arranging regulations for the benefits of the bosses, the government should solve the problems of workers!

As in many issues, the government is in cooperation with bosses in the Remote Work Regulation, making problems of workers increase. “Slavery Regulation” is a better name for it. As laborers, we do not accept this!

The regulation that grants bosses unlimited authorization and leaves the employees vulnerable the bosses’ impositions can not be accepted.

You cannot condemn us to slavery conditions in the name of flexible work.

You cannot push us into loneliness and disorganization by locking us in our homes.

We say no! We come together to voice our demands louder. We call all remote workers to meet on Saturday, March 13 at 18:30 in Beşiktaş Square.

Our unity and solidarity are greater than bosses. We will show it!