TKP: NATO is the enemy of the people

The bloody history of NATO, which was established to make the relations of capitalist exploitation sustainable in the world, was reminded in the daily digital publication of TKP. 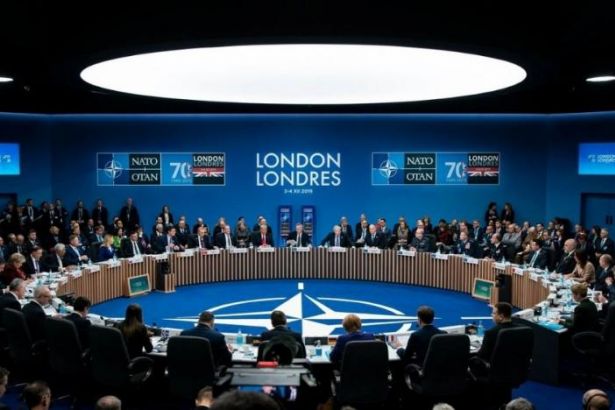 TKP's daily digital publication “Boyun Eğme (Don't Give In)”, published after the NATO Summit, came out with the headline 'Neither Ally nor Savior: NATO is the Enemy of the People'.

The headline article in which the bloody history of NATO was reminded is as follows:

NATO leaders summit convened in Brussels, Belgium. During the week, both the government and opposition parties were in anticipation regarding the relations between the USA and Turkey. While the AKP government made all its preparations before the meeting with Biden with the expectation of "normalization" of relations with the United States, the opposition expected the United States and its European allies to warn Erdoğan.

We have to remind you that the summit which boosted expectations is the NATO summit, which has a bloody history.

NATO was established by the imperialist countries led by the USA, right after the Second World War, when humanity and the working people needed peace the most. Its main agenda was to make the relations of capitalist exploitation sustainable all over the world and to regulate the imperialist-capitalist competition under the leadership of the USA. It threatened the independence of countries all over the world, violated their sovereign rights.

It intervened in the internal affairs of countries, either openly or implicitly; organized assassinations, plotted coups, directed the drug traffic, and established the mafia order. Whereever the workers gathered for their rights and demanded equality and freedom, blood was shed.

At the same time, NATO was established to destroy the Soviet Union, which emerged with great prestige from the Second World War, and socialism, which turned into a world-scale system under its leadership.

Immediately after the collapse of the Soviet Union, it acted to change the balances in the geography emptied by socialism and all over the world and to re-establish imperialist hegemony under the leadership of the USA. It attacked all countries and societies who resisted it. The bombs that fell on Yugoslavia and the war that started in the Middle East caused the death of millions of people.

The result of the leaders' summit that took place in the past days should be evaluated by looking at this bloody history.

The ruling front evaluated the NATO summit as an opportunity to extend its political life. The opposition, on the other hand, hoped that the AKP's rope would be pulled at the same summit. We, on the other hand, know that nothing will come out of this summit, except new attack plans against the peoples, and that the political life of AKP depends on the role assigned to Turkey in these attacks.