Workers on strike in Cem Bialetti Factory in Turkey's Kocaeli 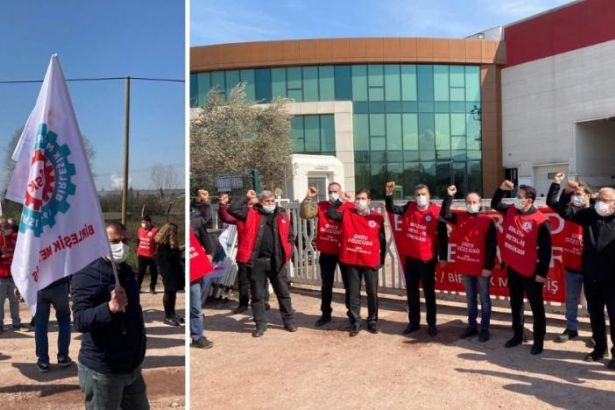 After the failure in finalizing the collective labor agreement and conciliation process between workers and the Cem Bialetti Factory which produces kitchenware in Turkey’s Kocaeli, workers went on strike. The raise proposal of the boss fell behind even of the inflation. While the workers’ raise proposal is at 18.5% for 6 months, the employer proposed 14.78% including the year-end bonus.

United Metalworkers’ Union stated, “In the period when the inflation is at 14.60%, 12.32% wage increase corresponds to the living in misery and loss in real wages”.

“Workers try to do their job and produce at the risk of their life”, the general secretary of Confederation of Progressive Trade Unions of Turkey (DİSK) and the General President of the United Metalworkers’ Union Adnan Serdaroğlu stated. “We will not let people who turn the pandemic and crisis to opportunity," he added in the press statement.