TKP took to streets in three metropolitan cities despite bans

TKP militants took to streets in three metropolitan cities, declaring "We do not submit to the AKP's darkness and the bans". 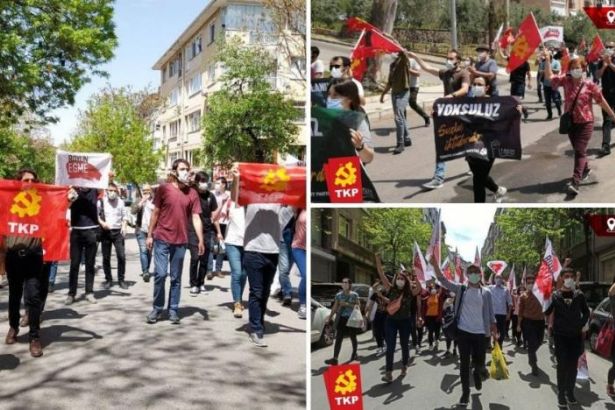 The Communist Party of Turkey (TKP) members took to the streets with the slogans "Long live May 1".

People in the neighborhoods supported the marches from their homes.