Who is responsible for migration wave in Turkey?

People migrate because of the imperialist countries' greed for more domination and exploitation, which has turned their country into a war zone. The imperialist wars and occupations that created the wave of forced migration must be stopped. 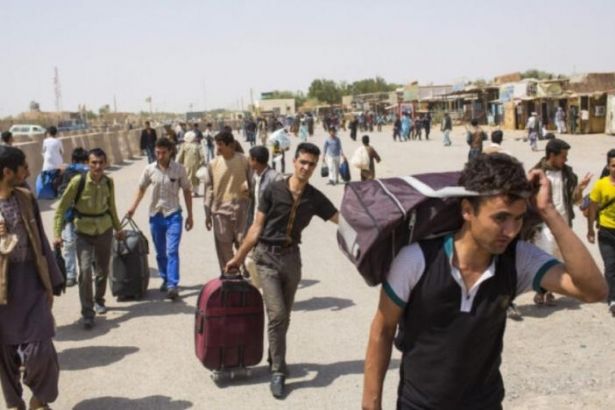 One of the most discussed topics in Turkey in recent days is the migration wave. But who is responsible for it? The daily digital newspaper of the Communist Party of Turkey (TKP), Boyun Eğme, answers this question.

After the Syrian war had begun, millions of Syrians fled the threat of ISIS; they are fleeing the threat of the Taliban in Afghanistan. Terrorist organizations such as ISIS and the Taliban represent great darkness in the countries they live in, and they darken the lives of people. Oppression and violence are constantly escalating; there is no end to the conflicts and massacres. Millions of workers are displaced from their homes.

This scenario is not just happening in Syria or Afghanistan. Millions of people who cannot see a future in many countries migrate with the concern of survival or a decent life.

We need to understand why people migrate. We must understand that we have to fight to stop this great tragedy.

People do not leave the land where they were born and grew up voluntarily, they are forced. In order to migrate, they go on unsafe journeys, and they lose their lives on the roads. Wherever they go, they are exposed to discrimination and violence, completely alone at the mercy of their destinies. Working under the conditions of slavery; they gain the hostility of their same class, who are trying to be disciplined by unemployment. The migration waves are fueling nationalist and racist reactions.

So who is responsible for what is happening?

It is the USA and Western imperialist countries that are responsible for ignoring the sovereign rights of countries, cooperate with reactionism for further exploitation, start wars and cause internal turmoil.

The responsible side is the Justice and Development Party (AKP) government, which is NATO's commissar in Syria and Afghanistan and is involved in military interventions under the umbrella of the USA.

Those who are responsible are the bosses who make refugees work hard for more profit and spread unregulated and precarious work.

Imperialist wars and occupations must be stopped

Refugees cannot be held responsible for the migration wave. Fighting against refugees to stop the migration wave is not the solution; anti-refugee discourses further complicates the problem by turning workers against each other.

People migrate because of the imperialist countries' greed for more domination and exploitation, which has turned their country into a war zone. The imperialist wars and occupations that created the wave of forced migration must be stopped.