The workers of the Bel Karper factory has been on strike since the 17th of May. 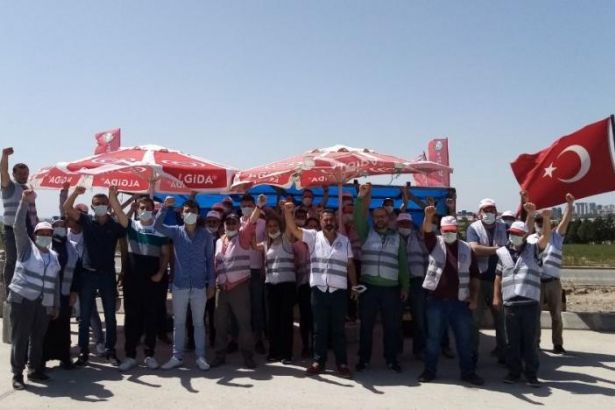 The workers of the Turkish branch of Bel Group’s factory, located in Tekirdağ Çorlu in Turkey, have been on strike since the 17th of May.

Amidst the unionizing of the workers, union representative has suspended under ‘code-29’ violation by the employer, which prevents the workers to work anywhere due to the unclarity of the code and this code covers from thievery to sexual assessment, and even terrorism, and 12 workers sent to unpaid leave with the suspended union representative. Accordingly, 13 workers began to protest this incident and the workers decided to go on a strike.

On average 500 workers sacked every day in Turkey: What is this Code-29?

Although the employer has to negotiate with the representative union for the working conditions, and the workers have union rights, Bel Karper’s boss rejected to negotiate with the union, decided not to recognize it even though there is a supreme court decision from 2016, according to Yunus Durdu, an organizing specialist from Tek Gıda İş.

The workers had no choice but to go on a strike, Durdu underlined. The factory administration tried every means to prevent the strike and postponed the strike under pandemic regulations. However, the workers started the strike on the 17th of May, despite all the challenges.