Eren Korkmaz, political scientist, academic, and expert in migration studies, analyzed the migration and refugees issue in Turkey in his article for soL news. Describing the conditions of Turkey as a country of immigration, Korkmaz points out the need for a conscious political struggle, especially in the face of the poor working conditions of the most recent migrant workers. 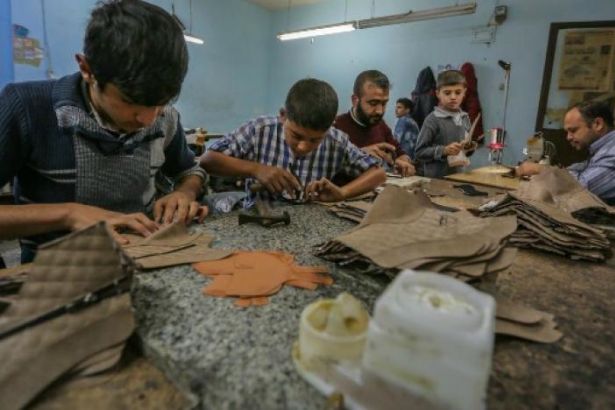 These dates show the significance of the phenomenon of migration for Turkey. This, of course, is not all. A significant proportion of the population have grandparents or great-grandparents who arrived in the country as immigrants, many families have migration-related memories and traumas resulting from migrations from the Balkans and the Caucasus or from forced migration within the country, and this continues to affect many aspects of social life from identity formation to political stances.

For example, the 60th anniversary of migration to Germany is important in that it began as labor migration, but continued in the form of asylum-seeking and family reunions. Among the young people, in particular, making the decision to leave the country, study, and work abroad, or found a business abroad remains popular as a result of political and economic difficulties and despair regarding the future of the country.

On the other hand, Turkey is not only a country of origin for migration. It is also an important transit country and country of destination due to its geographical location for refugees and migrants originating from Syria, Iran Iraq, and Afghanistan, and its relatively developed capitalist economy means the country attracts migrant labor from many regions including Central Asia, Africa, the Caucasus, and the Black Sea.

A great majority of immigrants and refugees work as laborers in the informal economy, which of course needs to be taken into account in the context of the class situation, the balance of power, and class struggle in Turkey. Up to 4 million people granted temporary and international protected status, one must add the hundreds of thousands of laborers with tourist visas who work as domestic workers or in agriculture, tourism, and the service sector as irregular workers without formal work permits.

Due to the large numbers involved, Syrian refugees naturally attract the most attention. It should be kept in mind that Syrian refugees must be taken into account when evaluating the working class in Turkey, just as the presence and struggles of workers of Turkish origin must be taken into account when examining the German working class. No class-based political movements or trade unions can succeed by disregarding or ignoring refugee workers.

Although most continue to work in informal conditions, the number of the formally employed continues to grow, and it is highly likely that the hundreds of thousands of Syrian youths currently studying in high schools and universities would prioritize working in the formal sector once they graduate, and refuse to face the difficulties and the exploitation suffered by their elders.

Despite a lack of studies and the lack of interest on the part of labor unions, Syrian refugee workers are strongly mobilized to improve their pay and working conditions through tight networks of solidarity and communication. It is important to learn about these experiences, which would enhance class studies. For example, having usually worked for half the minimum wage in the textile industry in the early periods, a significant proportion of Syrian workers today have salaries above the minimum wage, though they still work in the informal economy. One reason for this is that workers have no legal ties to their workplaces, which encourages them to make an effort to move to higher-paying jobs through frequent turnover, especially when business is good and there is strong demand for labor, thus raising the average wage in the industrial sector they work in.

Syrian workers can now be found in all sectors although they remain concentrated in sectors such as textile, construction, and agriculture. Another factor contributing to the rise in the number of workplaces where local and refugee workers work together is the fact that many Syrian workers are young, have arrived in Turkey at a young age, and usually speak Turkish well.

However, this is not limited to Syrian workers. There is also a significant number of Afghan refugees, employed, for example, by the leather workshops in the Zeytinburnu district of Istanbul. What sets Afghan refugees apart is that a great majority of them view Turkey as a temporary place to stay where they plan to work for a short period of time and save money to pay smugglers so they can go to Europe. Many young Afghan males live together in houses arranged for by smugglers, in localities such as Zeytinburnu, where they work in leather workshops to earn and save money. It would not be a stretch to guess that this would have a negative effect on the working conditions of workers in these districts.

There are also immigrants from other countries who accompany Afghans as they make the crossing to Turkey from Iran. One example is the Pakistanis. Sports play an important role in the internal solidarity and socialization of Pakistani refugees, such as baseball and crickets. It is possible to see Pakistani migrants playing baseball in empty fields in the Ataşehir district of Istanbul.

Another important problem and field of exploitation for migrant workers in Turkey is domestic work. Thousands of women from countries as diverse as the Philippines, Ukraine, Moldova, Armenia, Georgia, and Central Asian republics work in houses, providing childcare and cleaning services and often staying in the same houses. Placed by temp agencies, working informally, and required to surrender their passports to their employees, these people work under modern slavery conditions. Recent news of young Central Asian women being sexually abused and killed represent the ugliest face of the ongoing exploitation. It is not difficult to guess the sort of exploitation and abuse suffered by people employed in these jobs.

Some migrants from these regions arrive with their families. Women are employed as domestic workers, whereas men work in agriculture, gardening, the leather sector, and shoe manufacturing. In the parks around the famous and wealthy Baghdad Avenue in Kadıköy, you can see many women from Central Asian and Black Sea countries taking care of children, or men from these countries walking dogs, for example.

Similarly, there is a significant number of Central Asian youths employed in the tourism sector, both in the big cities and on the Aegean and Mediterranean coast. Arriving with different legal statuses such as temporary or short-term workers or interns, young workers have strong internal solidarity, as well as tight control and supervision.

People from various African countries also make up a significant proportion of migrants in Turkey, thanks in part to Turkish Airlines flights. Some of them aim to transit to Europe, whereas others give up on that goal and remain in Turkey. It is well known that African migrants work under harsh conditions and face constant racist rhetoric, and women among them are forced into prostitution.

In sum, it is impossible today not to encounter migrant labor in agriculture, textile, service sector, tourism, domestic services, and construction. Allowing migration to provide cheap labor to capitalists while denying them the legal right to work is a deliberate policy followed in the last decade. Although the informal sector is large in the Turkish economy, it is still easier for citizens to obtain formal work after working informally for a while, whereas refugees and migrants are forced to work informally for years because many do not have work permits.

Migrants and refugees should be included in class-based analyses of Turkey. We should go beyond publicizing issues such as the oppression, exploitation, low pay, abuse, and racism they have been enduring for years, and learn from their internal solidarity and methods of struggle to gather valuable data. Urgent political intervention is surely needed to ensure collective action by workers from different countries and nations so that they could secure and protect their rights.