TKP: "We salute the 8th anniversary of the Gezi Park protests"

TKP made a statement saying "Now is the time to show how the resistant people will disperse this darkness and establish a humane order in Turkey when they are organized." 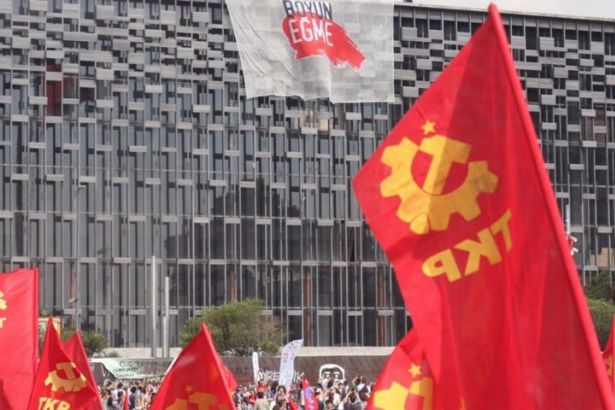 The Communist Party of Turkey (TKP) made a statement on the 8th anniversary of the civil resistance that started in Taksim’s Gezi Park in June 2013.

Stating that the June Resistance was a people's movement in which secular and patriotic sensibilities were determinant from beginning to end, TKP drew attention to the fact that the hope and confidence that the people aroused through this resistance were tried to be extinguished in the halls of order politics.

The statement said, "The June Resistance has shown that the people will not bow down. Now is the time to show how the unyielding people will disperse this darkness and establish a humane order in Turkey when they are organized.”

TKP’s full statement is as follows:

It has been 8 years since the civil resistance which started in Taksim’s Gezi Park.

In the June Resistance, the resilience and anger of a very large segment of society spilled over onto the streets in almost every corner of Turkey and turned into a force. The reason for that anger and resistance was the counter-revolutionary transformations the Justice and Development Party (AKP) and Tayyip Erdoğan tried to implement in Turkey. The June Resistance was a civil commotion dominated by secular, patriotic sensibilities from beginning to end. The demands of enlightenment, justice, and freedom were the demands of the people who took to the streets with a sense of holding onto their country.

For the past 8 years, the counter-revolutionary attack in Turkey has continued through the hands of AKP. Turkey has been pulled into much greater darkness and decay. Working people are grappling with even greater poverty. Turkey has been turned into an incredible country of plunder.

The politics of the order, with its government and opposition, tried to legitimize AKP’s Turkey through the goals of 'factory settings' or 'Great Turkey'. The hope and trust created by the words and actions of the people were tried to be dampened and damaged in the halls of the government and opposition with their politics of order, with a political defense that was put in the ballot box. However, this order of plunder and exploitation could not overcome the anger and resistance of the people who stood up in June 2013 against the darkness.