TKP holds big rally in Istanbul: "Now is the time for socialism!"

The Communist Party of Turkey (TKP) held a mass gathering on Sunday in Istanbul on its 101st anniversary, saying "Now is the Time for Socialism". 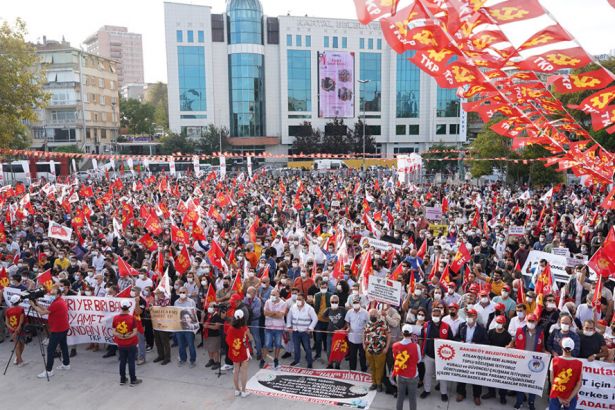 Thousands of people gathered in Istanbul's Kartal Square for the rally organized by the Communist Party of Turkey (TKP) under the slogan "Do not postpone, do not lose time, do not settle for less! Now is the time for socialism".

TKP Secretary General Kemal Okuyan and Dersim Mayor Fatih Mehmet Maçoğlu gave speeches and actors Orhan Aydın and Levent Ülgen, poet Tuğrul Keskin, artist Gülcan Altan, and Los Obreros and Yapıcılar music groups took the stage. At the rally, where the 101st anniversary of the founding of the TKP was celebrated, the speakers expressed the need for socialism with a special emphasis on the need for a secular and equal order. The speakers, who revealed the harms of the reactionary and market-oriented policies of the AKP, also expressed that a third front must be established against the existing alliances of the establishment in the country.

101 years of communist struggle in Turkey

TKP Secretary General Kemal Okuyan said, "We will jointly establish a third front in Turkey with the strength and energy we will get from you. The voices of laborers and secular people of Turkey will be louder. We know that we are not alone, we will not walk alone." Okuyan also called on all the participants to be a part of this struggle and join the ranks of TKP.

OKUYAN: "EXPLOITATION WILL BE PROHIBITED WHEN THE WORKING CLASS SEIZES POWER"

In his speech, Kemal Okuyan reminded of the lies told about communists in the past and expressed how the people were afraid of communists and the goal of equality. However, he reminded that these lies will not work from now on, and said that the number of people who think it is possible to establish a new country has increased.

"When the working class comes to power, exploitation will be prohibited. War propaganda will be banned, racism will be banned. We will nationalize all factories, rivers, underground and aboveground resources, our coasts, banks; they will become the property of the society.

MAÇOĞLU: WE ARE NOT LIKE OTHERS, WE DO NOT LIE TO OUR PEOPLE

Saying, "We are not like the others, we do not lie to our people," Maçoğlu stated that "a world where the workers do not have a voice is not ours".

Stating that imperialist aggression continues all over the world, Maçoğlu said, "We are sending a message of solidarity to all peoples of the world for the struggle towards a world where the oppressed and workers come to power, not the minority."

"Poverty is increasing, exploitation is intensifying. Now is the time to take up socialism against those who exploit our labor. It's the time! Socialism will win, the oppressed will win, we will win!" Maçoğlu added. 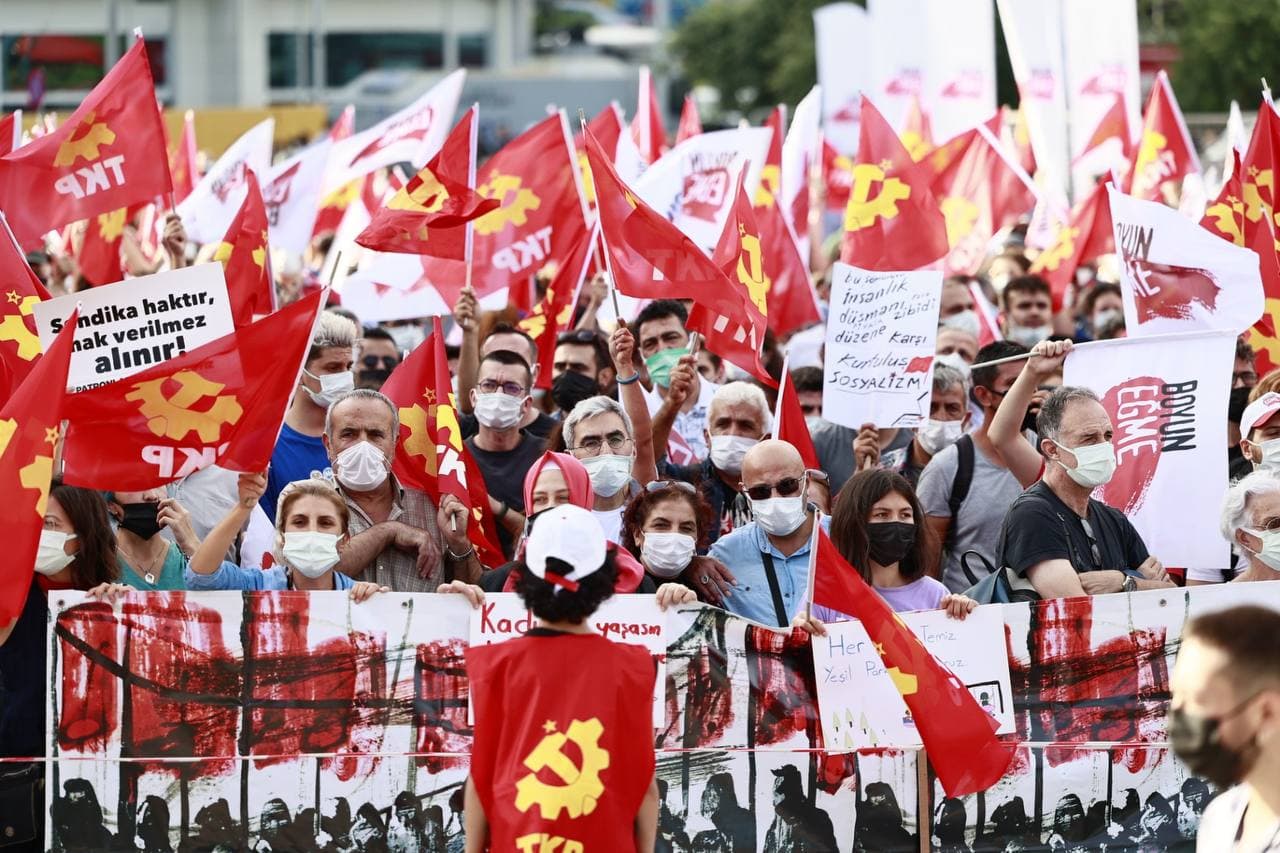 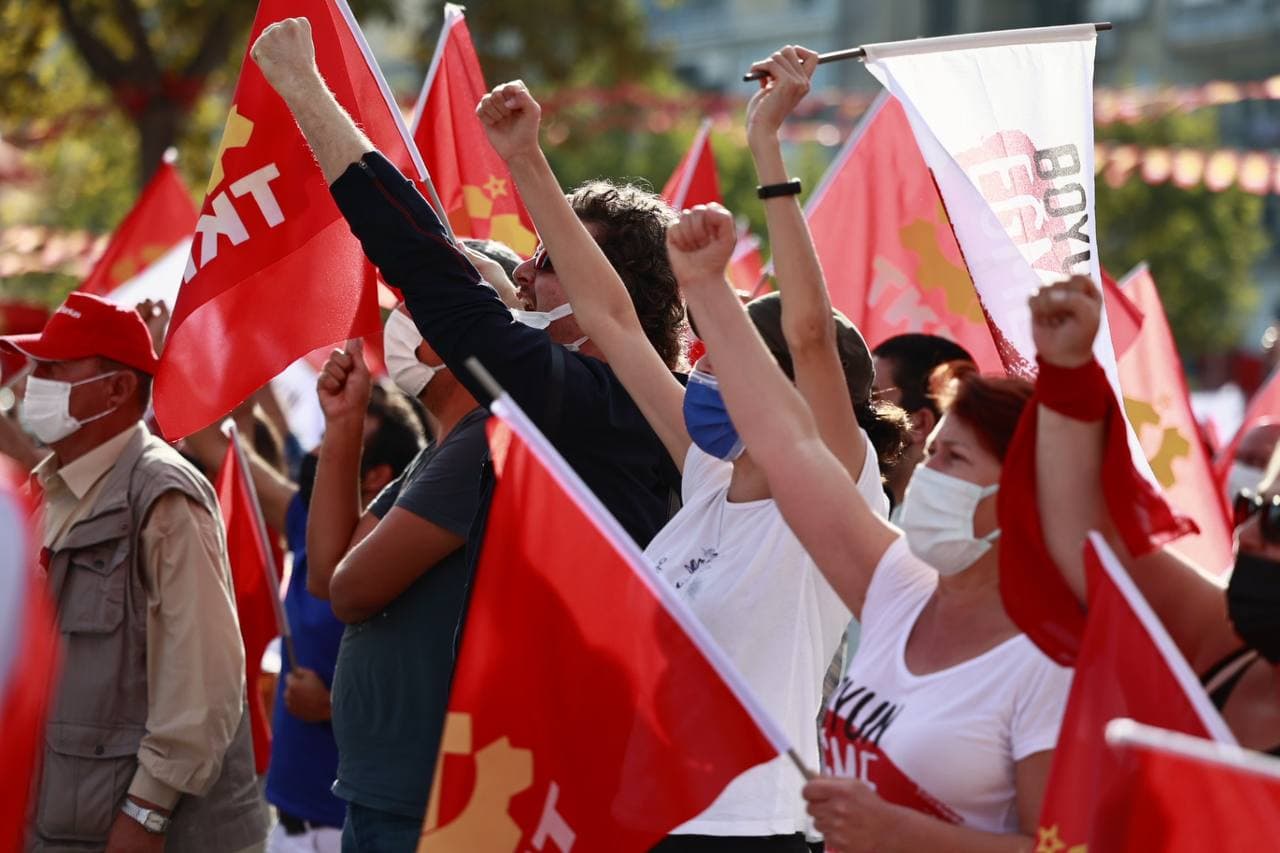