Accompanying Turkey's Erdoğan at the opening of the Taksim Mosque on May 28, Deputy Chairman of Sudan Sovereignty Council Mohammed Hamdan Dagalo is a dark figure symbolizing the continuity of the Al-Bashir regime that was overthrown in 2019. 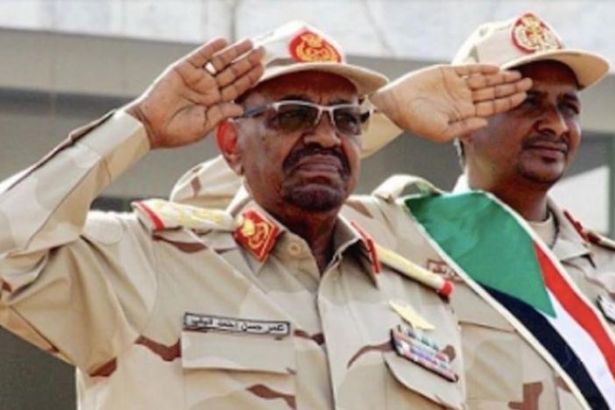 The participation of a foreign official among those accompanying Turkey’s President Recep Tayyip Erdoğan in the inauguration ceremony of the Taksim Mosque in İstanbul, a reactionary show of strength at iconic Taksim Square, did not particularly attract the attention of the Turkish media.

At the ceremony, Erdoğan thanked the foreign country officials who came to the opening in general and said, “Where is Sudan, where is Taksim? It is the love that brought us here, another love.”

Among the state officials who came to the opening in the news, the only foreigner whose name was mentioned due to his title was Sudanese Sovereignty Council Vice President Dagalo.

However, Mohammed Hamdan Dagalo, also known as “Hemedti”, is not an ordinary name. He has been Sudan's most influential military figure and one of the wealthiest since 2019, representing the continuity of regional relations from the time of Al-Bashir.

The warlord who stole the Sudanese revolution

When the AKP’s (the ruling party in Turkey) friend Omar al-Bashir regime was overthrown by a popular uprising in Sudan in 2019, Dagalo, who had worked with al-Bashir in the past, played an important role in pulling the people off the streets and establishing a military government.

A popular uprising started on 19 December 2018 against al-Bashir's dictatorship, which had been going on since 1989, and his rule ended with a military coup on 11 April 2019, after months of mass protests.

However, the newly formed Transitional Military Council consisted of elements of the paramilitary Rapid Support Forces that committed crimes against humanity in Darfur under al-Bashir. The Rapid Support Forces, established and commanded by Dagalo in 2013, were accused of massacring the non-Arab population in Darfur. Dagalo had earned the reputation of a warlord here.

In 2019, this paramilitary group led by Dagalo attacked the people who did not leave the streets to establish a civilian government after al-Bashir was overthrown. In the massacre that took place on June 3 in the capital Khartoum, more than a hundred civilians were killed, hundreds were injured, houses were raided, and dozens of men and women were raped. Dagalo was responsible for all these actions.

After the change of power, Dagalo, who became the Deputy Chairman of the Military Transition Council and the Sovereignty Council, first visited Saudi Arabia. Here, he announced that the Rapid Support Forces, which were sent to the war against the Houthis in Yemen, would continue their mission. Providing fresh ties with the United States after al-Bashir, Dagalo also pioneered Sudan's "normalization" policy with Israel.

On the other hand, an article signed by Iyad Hisham in December 2020 on the website of the Sudanese Communist Party disclosed that Russia intended to establish a military base in the Red Sea using its past relationship with Dagalo. It was reminded that Russia was interested in gold mining, which is one of Sudan's main economic resources, and that it had mercenaries in the country through its connections with Dagalo.

Throughout this whole process, Dagalo also appears as a successful "entrepreneur" in Sudan. With the help of the Rapid Support Forces, his commercial activity, which he carried out through his company, by providing control over the gold mines in the region, has expanded to areas such as mining, transportation, car rental, iron, and steel as of 2019.

Dagalo's name is also mentioned in the post-war gold mines initiatives in Libya, another area where the Rapid Support Forces were dispatched. It is said that Sudan will act against the AKP in this matter and will mine gold in the Uwayna mountains in partnership with the United Arab Emirates (UAE) and in favor of Haftar. In return for the gold, Dagalo will support the UAE's war in Yemen, while Haftar will benefit from the presence of the Rapid Support Forces in Libya.

After his visit to Turkey, where he attended the opening of the Taksim Mosque, Dagalo held a press conference in Khartoum and made statements that would reinforce the message Erdoğan gave in Taksim.

Declaring that they made an investment agreement of 10 billion dollars with Turkey, Dagalo said that Sudan has a 75% share in these agreements and that the "Omdurman Airport project" will be the beginning of this. No information was given at the joint press conference with Vice President Fuat Oktay regarding Dagalo's statements and the details in its content.