AKP Spokesperson Ömer Çelik spoke at a press conference about the Turkish Armed Forces’ plan to stay at Kabul Airport after NATO's withdrawal from Afghanistan. 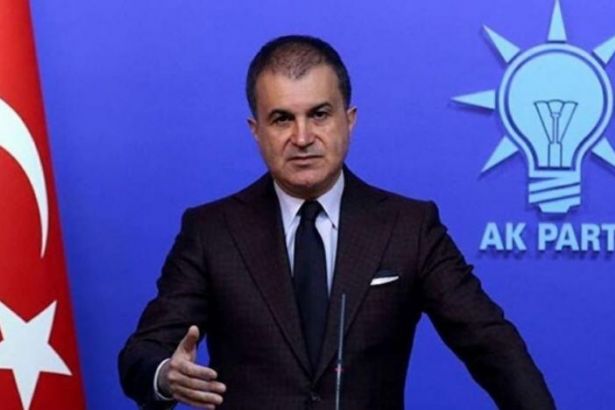 Defending that "wrong things have been said in terms of information" on this subject, Çelik said, "The security of Kabul Airport has been carried out by our country since 2013. This is not new. It is on the agenda again with the withdrawal of NATO from Afghanistan."

Using the expression "Turkey is using wrong and inappropriate statements as if Turkey will be a subcontractor in terms of security," Çelik said, "Consultations continue on this issue. Turkey needs strong and secure support from the international community on this issue. A legal basis must also be established with the Afghan government."

Çelik said, "It is very important for us that Afghanistan is stable against the threat of immigration to Turkey from the north and east. The instability in Afghanistan, unfortunately, creates a favorable environment for drug dealers. All of these are important factors for our national security."

After the US announced that it would withdraw from Afghanistan in September, allegations that Turkey would undertake the security of Kabul Airport came to the fore. After the Erdogan-Biden meeting on June 14, the White House announced that an agreement was reached on the Kabul Airport.

'Qatar invests in our country'

Regarding the criticisms of Turkey's protocol with Qatar, Çelik said, "They want to act selectively. Qatar invests in our country. It is one of the countries that vote in favor of Turkey when it is in a difficult situation in the international arena. The selective logic here really needs to be evaluated in terms of certain political psychology." used the phrases.

Speaking about Turkey's operations in Iraq, Çelik claimed that these operations were not a violation of Iraq's sovereignty and territorial integrity. "These operations should be considered as the ones that protect the national security of Turkey, but also as the support we give to our Iraqi brothers against the terrorist elements deployed in brotherly Iraq," he said.