While Biden's declaration of "genocide" triggered nationalist delusions, there were those who saw the USA as the savior of "human values". TKP’s daily newspaper Boyun Eğme evaluated the agenda from another perspective. 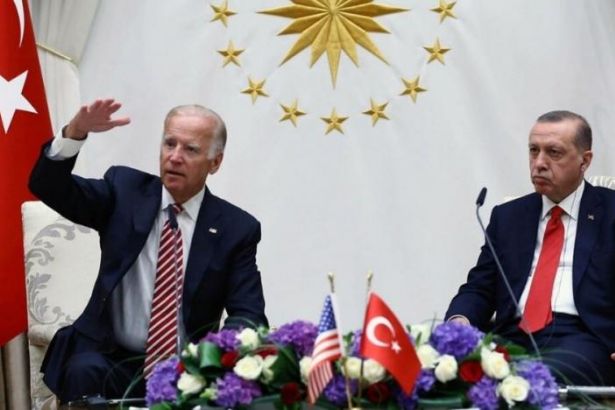 The digital newspaper of the Communist Party of Turkey, Boyun Eğme, said: "The rapprochement of the US-Turkey is harmful to people".

The newspaper has recently been published in a daily period, the number 264 is taking over the current state of Turkey-US relations.

Taking the S400 defense system from Russia, and the arrest of US citizen Pastor Brunson in Turkey, Turkey-US relations have been strained quite two years ago. During all these events, the American Senate approved the "Decision to recognize the Armenian Genocide". Two years later, the debate flared up again when US President Biden uttered the words "genocide".

In this issue, the newspaper emphasizes that neither the liberals nor the nationalists are right in the debate that started with the words "genocide" by US President Biden.

" Nationalists and liberals started a big debate after US President Biden uttered the word "genocide" in the Armenian issue.

Whenever nationalisms become a toy of imperialist plans, whenever 'national interests' compete for imperialist projects, our geography turns into a bloodbath.

An exit from this bloody showdown is only possible by completely breaking away from all imperialist countries and unions with NATO, the USA, the EU. In our country, where parties without the approval of the USA cannot form a government, no political party can break these ties.

But this disengagement, patriotic, egalitarian, liberationist, to rise above the enlightened values ​​can take place in a socialist Turkey. "

Together with Turkey's capitalist class and imperialism, it is not possible for a process that is itself the perpetrator reckoning highlighted.

"The suffering of the bargaining tables in their bloody hands can only be relieved by the laborers coming to terms with the real perpetrators, the capital class and imperialism, and seize the key to a common future where the same disasters will not happen again."