The Women's Solidarity Committees of Turkey declared that they are preparing their own resolutions for equality and freedom against reactionism and anti-labour policies of the government. 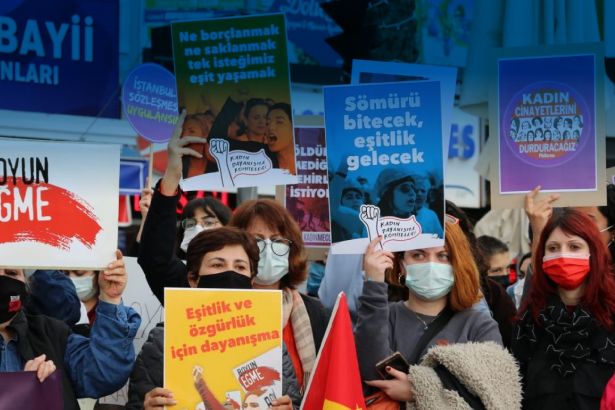 Following the Turkish government's decision to withdraw from the Istanbul Convention, Women's Solidarity Committees, initiated by the Communist Party of Turkey (TKP), started to prepare women's resolutions to raise the fight against reactionism.

The Committees declared that Women's Solidarity Committees are raising the struggle against the system's ceaseless attacks on women. "The communists call on women to make their own decisions to eradicate the violence and exploitation of women, to change this unequal and unjust order!", the Committees said in their statement.

The statement includes decisions on how to fight against reactionism, how to end violence against women, how to raise the struggle for equality as well as what kind of a country women want to live in.

The full statement of the preparation declaration can be found at https://tkp.org.tr/en/haberler/resolutions-women-equality-and-freedom