TKP GS Okuyan: Cubans know what they are doing

Kemal Okuyan, General-Secretary of the Communist Party of Turkey, talked to soL TV on the recent developments in the economy of Cuba. 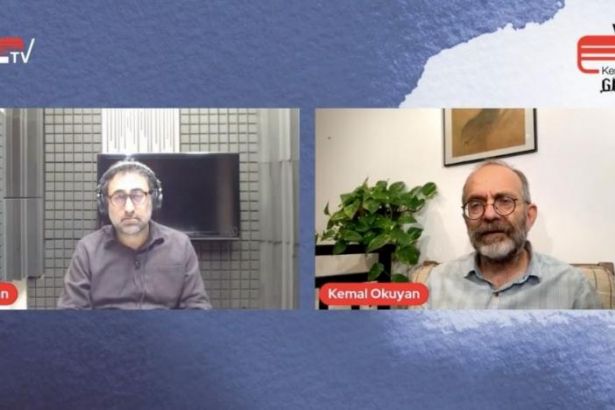 Kemal Okuyan responded to the questions of journalist Ulaş Can via soL TV, sharing his party's views on the recent developments regarding the Cuban economy.

Cuba had to undertake certain steps following the dissolution of the Soviet Union, and these steps were not in the name of socialism. They said they were in a difficult situation and they had to take those steps to protect their independence. Cuba now declares they will take particular steps they do not want to take but protect their socialist characteristic. This is a big difference. The Cuban administration has never lied to their people since 1991.

The Communist Party of Cuba is the only political organisation and a very special political party. The guerrilla struggle of the 1950s did not exist here. It was united under Fidel. This party has suffered struggles but never stepped back from its philosophy. The notion of morality is debatable but Cuban communists have special morality. There is a group of people who know what they are doing and struggle to protect the independence and sovereignty of Cuba.

Why not the same right is granted to the revolutionaries?

Soviet Russia achieved revolution in 1917. Look at its resources and population, and look at Cuba for a comparison. Russia allowed capitalist economy within itself by looking at it temporary and keeping it under control. The country was torn apart and it needed investment. It needed foreign technology and the reforming of infrastructure. This New Economic Policy survived for 7-8 years in Russia. The Soviet Union, then, aimed at its purge and moved towards socialism. We read books and we say they managed the process very well. Why do not give the same right to Cuba? An island with a population of 11 million, not sufficient energy resources, lacking important mines, and under the US embargo for years. This did not apply to Russia. Russia continued its foreign trade after the revolution. Cuba has achieved so much in the name of socialism. They did not give up but they are struggling.

Every important decision is taken through a public discussion. For example, the Constitution was amended, and the people discussed it through their organisation. The people know what is happening. They take steps knowing its consequences well. This is true socialism. There is true socialist democracy in Cuba.

Cuba would not let any country to decide on its destiny

Cuba has developed economic and political relations with various countries but we cannot resemble these relations with the ones of the Soviet Union. Cuba made a mistake once. Cuba was frustrated when the Soviet Union dissolved. Therefore, Cuba would not let any country to decide on its destiny, either Russia or China. Cuba has developed special relations with Venezuela. Cuba knows the fragility of the government in Venezuela. There has been a decline in oil imports from there. Cuba tried to increase its options, they know they have to trade. Canada follows a different path than the USA but Cuba would not become dependent on Canada.

Cuba is enjoying its organised people. The government has been talking about difficulties they are facing. They were relieved after Chavez but they were never comfortable. The people is familiar with difficulties, they trust their government and system. They are ready for difficulties. I remember the year of 1993, when I first visited Cuba. It was really bad. Foreign currency reserves were reduced to a very low point. They ruled through creative solution. The situation is not as bad but they are struggling with food and medicine. Tourism has been an important revenue but this was badly affected during the pandemic. They did not close tourism, they kept it open with measures, but they are struggling.

Cuba does not fait accompli. It constantly evaluates its decisions. It would not do anything without the support of the people. The system depends on the participation of the people. People are organised.

The police in Cuba is not the same as the ones in Turkey, France, and Spain

[Regarding the question whether there is dictatorship in Cuba] This is an immoral standing. Some leftists said Fidel, Che were good people but established dictatorship. Cuba does not have to give the same rights to the so-called opposition funded by the USA. The people and the state know these people. Not everybody is communist in the country, there are ones who are critical of the system. The police in Cuba is not the same as the ones in Turkey, France, and Spain. I have not seen police violence in Cuba for a long time.

The ruling power we defend should be emancipatory but one should not want media who is in favour of NATO or market economy. In the future socialist Turkey, it would be illegal to warmonger, politicise religion, exploit people. The same way it is illegal to defend Nazism too.

There are a lot of opposing artists and there is no pressure on them. They are allowed to speak so long as they do not ally with the USA. There are cases where the CIA is involved. The CIA is determined to destroy Cuba. Cuban administration of course wants to prevent them. If you do not control them, they would spread. Money is a strong weapon. Sometimes morality can decay too. Cuba is trying to prevent them through legal and humanistic measures. They would not forgive even at the top of the administration. It is not easy to safeguard the revolution.

Cuba is defending their own people

[Regarding the question on the pandemic in Cuba] Cuba has enjoyed being organised. The people followed the rules. The economy is planned. They prevent poverty once a place is shut down. There are consequences but Cuba is defending their own people.

Cuba is a small country but there were around 230 deaths in 11 million. There are around 30 thousand cases. It is good given the circumstances. The measures against the pandemic still continue. The biggest hope is vaccination. They did not choose to import. There are two channels on vaccine research. If you are not independent on medicine and seeds, you cannot be self-sufficient. 2 out of 4 vaccine is going to be widespread. They are talking about mass production of vaccine and nation-wide vaccination beginning in April. In Europe, it was the news that Cuba would provide the first vaccine in Latin America.

Cuba says they will produce 100 million vaccine in 2021. They would aid poor countries. They would also export. They are working on medicine too. They developed certain chemicals to ease the impact of disease. Production requires big resources. Cuba would survive this. They have always spoken with evidence. It is all transparent, they always provide numbers.

It is good if everybody trusts Cuba. Cuba has never damaged humanity. They say they will vaccine every tourist visiting the country. The important number of cases spread through tourism. We know Nigeria has been in dialogue for an agreement with Cuba regarding the vaccine. Even despite the Western pressure.

Gezi is Erdoğan’s wound because he could not defeat it

[regarding Erdoğan’s statements on Gezi protests] We are familiar with Erdoğan’s statements on Gezi protests. He is trying to prevent a dissolution in the ruling AKP’s grassroots. He is trying to face every social reaction by bringing in Gezi. Gezi is Erdoğan’s wound because he could not defeat it. Time would show whom would do what. Maybe people would be stubborn. The ruling power is saying challenge accepted. A certain number of Turkey’s population is against Erdoğan’s stubbornness. We will see, time will show. Cuban people have tried for a century. The revolution happened in 1959 and it did not come out nowhere.

Good thoughts for Che and Fidel

Cuba would not praise people but make them reachable. Fidel, Che, other revolutionaries, they are special people but not myths. When Castro died, there was a big love. They are among people, this is a very nice culture. Let’s send our good thoughts to them.