In Turkey's Aksaray, damming up the water channels leading to Salt Lake for wild irrigation, caused the death of thousands of flamingos. Communist Party of Turkey (TKP) made a statement regarding this massacre. 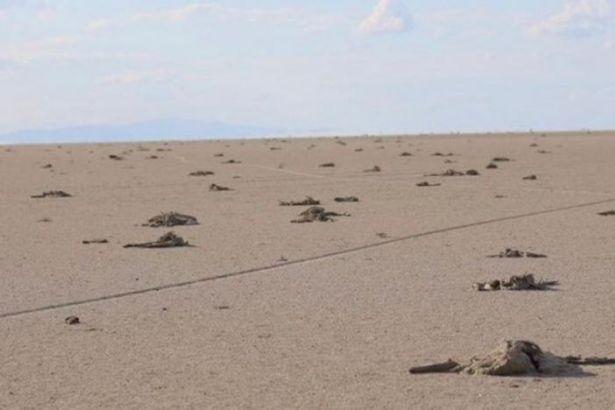 Nature photographer Fahri Tunç has recently brought up the fact that flamingos lost their lives in the Salt Lake region by his photos. Speaking to soL, Tunç said he reacted to the events by appealing to the authorities many times to stop the damming of the water channels, but it was of no avail.

"There are 3-4 channels leading to and sustaining Salt Lake. All of these channels have been closed for wild irrigation. This year, thousands of flamingo cubs, which are already small in number, have died. There is not a single flamingo cub in the region at the moment," Tunç said.

'I talked to the authorities, I couldn't get any results'

"No sanctions are applied for this. I talked to DSI (State Water Works) about the issue, I talked to many authorities. I said, 'Wild irrigation is done here, dams prevent the water running into the lake', but I could not get any results. They don't interfere. I don't know if it's because of vote anxiety or because they are afraid of the villagers.

Here, Nature Conservancy officers are struggling to catch the hunters, they are in fact catching the hunters,  but then a call from above says, 'Stop it, don't fine them'. These things are out of whack now," the phptpgrapher added.

The ministry was supposedly protecting

In the news of state-run AA (Anatolian News Agency) last month, it was stated that within the scope of the project carried out by the Ministry of Environment and Urbanization's General Directorate of Conservation of Natural Assets, "tracking and documentation of the flamingo population, its monitoring, investigation of its populations, threats to these creatures and determination of protection measures" continued.

TKP made a statement regarding the flamingo deaths in Salt Lake yesterday, and commented that reactionist and pro-market policies are not only hostile to humans, but also to the country and nature.

In the statement, it was asserted that "Reactionism and voracious market conditions of commercialism are hostile not only to people, but also to the country and nature." TKP's statement further said, "Irrigated agriculture in the closed water basin of Konya is irrationally and unscientificly encouraged and unplanned and excessive use of water resources, especially in Salt Lake, have led to mass murder of flamingo cubs."

"We know that DSI [State Hydraulic Works] and AKP officials will talk about the water shortage as the result of drought and climate change. All the reasons you list and the massacre in Salt Lake today are the result of your corrupt minds, political populism and insatiable profit greed.

The solution is simple: an egalitarian order based on reason and science. Planning of social life based on the welfare and continuation of human and natural life. Socialist Turkey is an urgent need not only for the life of us citizens, but also for the protection and continuation of the habitat in our country," TKP stated.