TKP: We will break free from the rule of capital to save nature!

TKP Environment Bureau has released a statement on the occasion of World Environment Day. 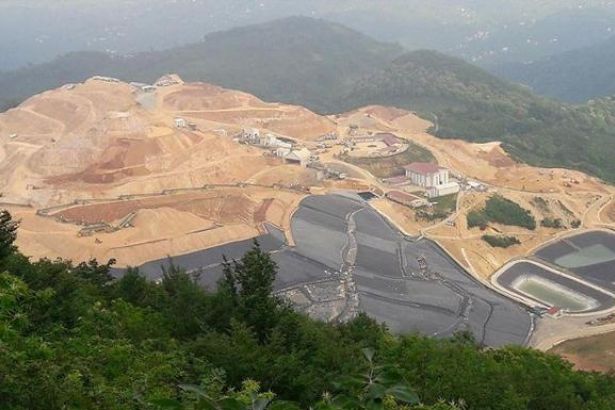 The Environment Bureau of the Communist Party of Turkey (TKP) has recently published a statement on the occasion of World Environment Day.

“A public order in which labour is not exploited for capital and nature is not sacrificed for prosperity is urgent, necessary and possible. We will build!” the statement underlines. The full statement is as follows:

Due to World Environment Day, from June 1, many official and civil meetings will be held in several places of the world on how to repair the deterioration of the natural and built environment. Accordingly, environmental problems will be discussed in public for a while at least. As is customary, we will see side by side the most precious nature spots, the marvellous wildlife shots, and pictures of lands cracked by drought, chimneys emitting emissions and garbage islands in the oceans on televisions, newspapers, magazines and websites. We will hear conversations on the sensitivities we need to have as consumers in order not to harm the planet we live in radio programs, podcasts, Facebook and Twitter. Stunning photos will be shared thousands of times at Whatsapp groups.

Obviously, there is no problem in all these activities per se. Moreover, we can acknowledge that almost all of the participants in these events have a real sense of responsibility. However, these activities, in which questioning the real causes of the problems are carefully excluded from the discussion, will only serve as a smokescreen for the root causes of the exploitation and plunder of nature. Because, it is not possible to deal with the dramatic consequences of environmental destruction without understanding the root causes.

Nevertheless, the reality is too clear and striking to be covered by this fog. Capitalist classes of all nations around the world are in a daily brutal race to increase the exploitation of workers in order to keep the advantage in the competitive markets and to enrich their wealth ultimately. Developing new technologies and reducing costs are the most significant weapons of the bosses, who hold all the means of production and all the forms of prosperity we have. In order to be successful, they should not only make the resources they have taken from nature cheap and easy, but also should not pay a serious price for the damage they cause to nature. To illustrate, if a new innovation in agriculture increases the yield, the soil can be degraded with fertilizers, the farm worker can be poisoned, pesticides can be fed to the consumer with the product. Today, the main mandate of the public administration of an average capitalist country in the world is to put these costs on the shoulders of the working classes in various ways. Therefore, a real class struggle must be conducted to combat against the sources of environmental problems.

Our country, Turkey, on the other hand, is rapidly drifting far behind the average. One can claim that environmental management in Turkey has always been problematic, but it is not possible to say that there has been an environmental policy or an environmental administration in Turkey for a long time. Ministries with the word “environment” in their names have become an approval authority for any kind of demolition. Today, there is no public institution in Turkey that protects the right to live in a healthy and balanced environment, which is a constitutional right. No policy has been developed for the public benefit, for the future of society, for the natural assets. Instead, these institutions have undertaken the task of creating the conditions for a plunder campaign that has virtually taken over the country.

Today, there is no public administration in Turkey working for us to breathe clean air! There is neither a planned urbanization policy against air pollution, which has very serious health consequences including mass deaths and chronic diseases, nor a management that is concerned about air, soil and food pollution caused by emissions from the chimneys of thermal power plants. It is not possible to breathe clean air for a significant part of the year, not only in big cities such as Ankara and Istanbul, but in almost half of the country. Today, Turkey neither has an effective public policy on wealth distribution that can heat people’s houses without causing air pollution, nor does it have a planning capacity to develop the industry without harming public and environmental health.

Today, there is no public administration in Turkey that serves everyone to have access to potable water from their taps! Because approximately 79% of the surface waters in our country are contaminated with wastewater from homes and industries, pesticides and fertilizers, and garbage. Groundwater is also in the same situation due to the great lack of control in agricultural production. As in the case of Ergene basin, The government’s consecutive postponement of the obligations for treatment at very fundamental level means that the industrialists are allowed to pollute the water basins as they wish. On the other hand, the effectiveness and efficiency of the treatment plants that feed the cities are also controversial. As a result, the public is left with no choice but plastic bottles and carboys.

Today, there is no public administration in Turkey that can protect the pollution in our seas, the decrease in living species and their populations! For long years, the deep marine discharge technique has been accepted as a solution to release industrial and domestic wastewater as if the whole problem would go away when the water currents in the seas dilutes the contaminated waters. The public administration, which does not take adequate control measures for the increasing maritime transport traffic, is responsible for today's marine pollution problems.

Today, there is no public administration in Turkey that can control waste generation! While the recycling of waste in the country was left to street collectors working in extremely unhealthy conditions, our country has also become the world's waste import paradise. Plastic waste trade is one of the most vivid examples of the fact that environmental problems is one of the most profitable sectors for capitalists, as long as the costs can be transferred on society and future generations. Thanks to the investment incentives and tax exemptions implemented by the public administration, Turkey became the world's largest plastic waste importer in 2019.

Today, there is no public administration in Turkey that can prevent the destruction of natural assets, or at least keep them under control! Wherever a capitalist is going to build an exploitation facility under the guise of investment, there the public administration mobilizes to provide all kinds of convenience. The environmental legislation is grounded on a fundamental policy that the capital should not be incumbered. All water basins in the country have been granted HEPP licenses that are many times higher than their economic rationale. The situation is even worse for mining licenses. Against these, practices such as EIA have become completely ineffective and illusory. Cut and copy reports only fulfil the procedural requirements.

On the other hand, the legal system in Turkey has long ceased to be a solution to environmental problems. If a local court makes a decision for the public benefit, the upper court immediately overturns the decision in favour of the capital and gives the final decision by closing the appeal paths again.

For this reason, we have no other option but to fight against these destructive policies and practices as workers, as villagers, as neighbourhood or city residents who face the destruction of the natural and built environment. The reason for the excessive violence and unlawfulness brought against these struggles is that the capitalist class is very well aware of the fact that the environmental battle is a fundamentally class struggle.

Accordingly, we salute the villagers and laborers who are making strongminded and courageous struggles to defend nature and life from İkizdere to Kazdağları, Kızılyayla to Akkuyu, Gerze to Aliağa.

A public order in which labour is not exploited for capital and nature is not sacrificed for prosperity is urgent, necessary and possible. We will build!