No increase in natural gas price for bosses, only for people in Turkey 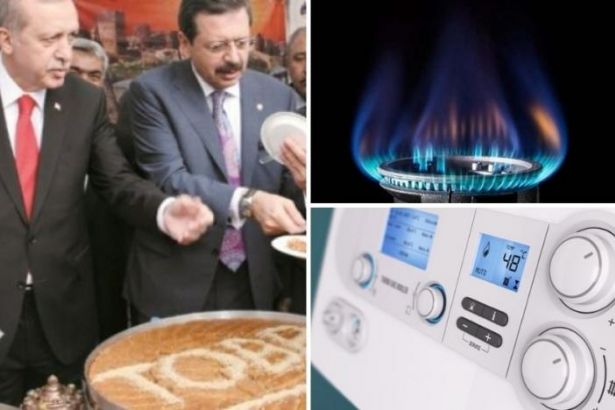 With the new year, the AKP government has hit the ceiling with the natural gas price hike.

Since January, AKP has been increasing natural gas prices by 1 percent at the beginning of each month and it is stated that not only it will continue in the coming months, but also that these hikes reflected on regular citizens do not affect natural gas-fired power plants and large industrial enterprises.

The President of TMMOB (The Union of Chambers of Turkish Engineers and Architects - UCTEA) Chamber of Mechanical Engineers Yunus Yener said, "Today, there was a price increase in natural gas. This increase shows that the government's natural gas pricing policy in the form of discounts for power plants and a raise for housing and small businesses continues."

Yener mentioned that according to BOTAŞ's (Petroleum Pipeline Company) gas sales prices between January 2019 and April 2021, the price increased by 46.34 percent for residential subscribers and small commercial/industrial enterprises while in the same period, the price increase of natural gas sold to large industrial enterprises was 7.79 and there was even a 6 percent discount for the natural gas-fired power plants.

New price-hikes are on the way

Pointing out to the many news in the press featuring that the imported natural gas is in the range of 170-190 dollars / 1000m3, Yener underlined that journalist Olcay Aydilek, who closely followed the issue, wrote in Habertürk newspaper that the natural gas purchase price will increase to 210 dollars in the second quarter of the year.

Yener stated that such a price increase means that BOTAŞ (Petroleum Pipeline Company) will increase natural gas prices in the coming months. And he drew pointed out the support given to the large private companies by selling gas to large capital establishments and natural gas-fired power plants lower than its cost.

Communist Party of Turkey had issued a 10-article call for the nationalization of all energy services in December 2020.

An excerpt from the statement made by TKP is as follows:

Energy is vital. It has a vital function from lighting to heating, from continuing industrial production to preserving agricultural areas and ensuring daily life sustainability. Energy policy must be based on a centrally planned energy production and delivery that takes care of society's interests and the harmony with the environment. This principle requires a public service.