For a world free from imperialism, free from wars and exploitation: Peace Committee of Turkey

The Peace Committee of Turkey released a statement on September 1, International Peace Day, noting that the world needs an order, in which humans do not exploit others, nature is not exploited and all resources are used for the good of humanity. 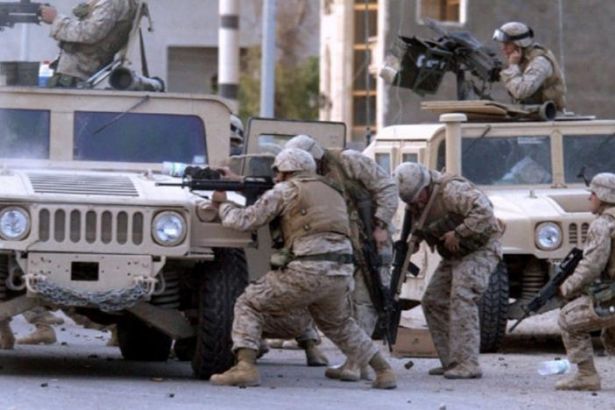 The Peace Committee of Turkey issued a statement on International Peace Day. "Throughout the world, most of which is ruled by capitalism, the notion of peace is becoming even more important. Each incident is proving once again that it is not possible to reach real and lasting peace without getting rid of the system of exploitation," the statement underlines.

For a world free from imperialism, free from wars and exploitation

Today we celebrate another International Peace Day. But peace is very distant in our world, in which imperialism continues its aggressions. It is impossible to calculate the amount of misery imperialism caused for humanity, since it came to existence more than a hundred years ago. Each year that passes with the existence of imperialism, brings more misery.

Changes in the US administration, changing of presidents or governments do not cause any difference in imperialist politics, apart from some details. The most recent proof of this, is the Biden administration. The Trump administration had preferred to pursue a more direct, more aggressive foreign policy, without diplomatic finesse. There were expectations in some circles that with Biden as president, the USA would pursue a softer foreign policy. But the fact that imperialism’s rules do not change was once again proven. As a matter of fact, the Biden administration preferred to pursue a sterner policy, as was the case with the new sanctions against Cuba.

Imperialism has been going through a crisis of hegemony for a while. Because of this crisis, the USA is having difficulties in continuing its position as the major global power. With the new Biden administration, they feel the need to overcome this problem and implement different methods of aggression.

The US military presence in Syria and Iraq is continuing with new quests. On the other hand the USA is leaving behind a devastated Afghanistan, while withdrawing its military presence from this country. It is turning a new page by letting reactionary forces like Taliban and ISIS fill the void and thus deepen the instability.

On the other hand, the Western imperialism is trying to limit the elbowroom of Russia and China, who are gaining power as major forces against it. Its military mobility is increasing in the Asia-Pacific region and other parts of the world, also with the aid of NATO.

The magnitude of military exercises conducted by the USA and its allies is expanding. These exercises are conducted in Europe, East Asia, Latin America, and in other parts of the world. For example, within the last year, they have been going on almost nonstop in Eastern and Southern Europe.

This mobility is inevitably moving the world towards a war atmosphere.

One of the important consequences of the intensification of the internal contradictions of the imperialist system is the arms race. As the global arms market is expanding, outer space is being defined as an area of armament, new technologies are being developed for new weapons.

Our country is located in an area, where the risk of war is at its most. The issues in the Black Sea basin were added upon the never-ending imperialist interventions in the Middle East, the conflicts in the Eastern Mediterranean over the natural resources and the tensions in the Caucasus. The policies of the Ukrainian government, which is the most important collaborator of imperialism in the region and which is trying to become a member of NATO, is preparing the basis for imperialism’s mobility against Russia. Although the tensions have been decreasing in recent months, there is a basis on which the risk of war will be rising.

Apart from the military methods, imperialism is also using economic sanctions. For more than 60 years, the USA has applied these sanctions on various levels, against countries that do not comply with its policies. Currently the number of these countries is 39. Among these, there are many poor countries and the sanctions are deepening this poverty.

Cuba, who is holding onto socialism with pride, is also getting her share from these sanctions. The blockade that has been being applied for 60 years, is costing millions of dollars to this country every year.

The recent dimension of these sanctions is showing itself in the struggle with the COVID-19 pandemic. In some of the countries facing sanctions, there are many difficulties in medical research, medical care for the people and vaccination. Without taking into account poverty or diseases, imperialism is yoking the peoples of the world.

Throughout the world, most of which is ruled by capitalism, the notion of peace is becoming even more important. Each incident is proving once again that it is not possible to reach real and lasting peace without getting rid of the system of exploitation. The world needs an order, in which humans do not exploit others, nature is not exploited and all resources are used for the good of humanity.