Okuyan: They think war is a TV series

soL news interviewed Kemal Okuyan, the General Secretary of the Communist Party of Turkey (TKP), regarding the recent developments in Syria just after Turkish President Erdoğan declared at the parliament, “We’ll shoot the regime forces everywhere in the event of offensive”. 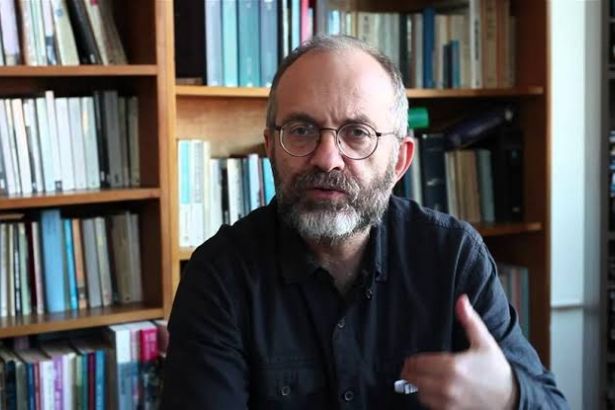 Referring to the Syrian army, Erdoğan has said that Turkey will strongly hit back the “regime forces” in the event of any offensive against the Turkish observation posts. What does this mean?

This just means the denial of the sovereignty of a country! Let me summarize: The observation posts are out of Turkey’s borders, in the territories of another country. The Syrian side says that they do not accept Turkey's military presence at all, including these observation posts. Syria is not the part of the agreement that emerged during the Astana process upon which Turkey bases its military presence in Idlib.

Syria announced that it accepted this agreement between Russia, Iran, and Turkey on the grounds that “it will help the purge of the terrorists in Idlib”. In the course of the long time, however, the armed forces still exist in Idlib even though they are described as “terrorists” by Syria and many other countries.

Even the authorities have apparently declared that these forces are cooperating with Turkey. Therefore, there are two problems. As a sovereign country, Syria does not accept Turkey’s military presence and wants it to withdraw. With regards to the Astana agreement, Russia and Iran criticize Turkey for not doing its part and disregarding the agreement in terms of the elimination of the terrorists.

Erdogan: I declare we will shoot regime forces everywhere in event of offensive

But Erdoğan particularly blames Russia for disregarding the agreement?

This is an interesting situation; the AKP government introduces the Astana process almost as the transfer of the control of some Syrian territories to Turkey. However, they agreed in Astana on the elimination of the armed gangs with minimum harm on the civilians and without leading to a new wave of immigration. In this respect, the real goal was to eliminate the armed organisations.

Ignoring this fact by saying “There is an immigration, the civilians are getting harmed,” is reversing the cause-effect relation. Furthermore, Erdoğan has remarked his suggestion again today as he said “Assad is oppressing his people”. Is there anyone who does not know what this means in Turkey?

Is this not an export of democracy?

Exactly! Look, the imperialist countries have intervened in many regions on the pretext of ending the dictatorships for years. We have occasionally heard of similar demands or implications for Turkey, too. In all these cases, we always said that it is the task of the people to struggle against the oppression in Turkey, and we should definitely stand against the foreign interventions.

They are always talking about FETÖ [Gülen network]; which was also organised by the imperialist centers essentially as part of this demagogy. Now the Turkish government says, “We will bring freedom and democracy to Syria”.

Does this argument seem persuasive?

Saying “I don’t like and recognize the Syrian regime,” means telling the US-led NATO forces “I‘m ready, let’s topple down Assad together”. That’s all! [Turkey’s Defense Minister] Hulusi Akar made an open call to NATO. Otherwise, there is no such thing as “I don’t like” in international law! Are they aware of what they say? Can one make such an argument as many countries dislike Turkey’s political rule today?

Therefore, today’s world is not proper for questioning or intervening in the countries with such pretexts. If we are to talk about justice, it would be just for the poor peoples of the world to occupy the imperialist centers! Yet still, the Turkish government’s current position regarding Syria is “I don’t recognize the Syrian state”. That’s it!

Bahçeli, the unofficial partner of the government, said “Let Syria burn”. Can they follow a foreign policy with such extremism?

I don’t think that Bahçeli is followed or taken seriously in the international arena. On the other hand, we need to take this reckless discourse as it shows that they can deliver such speeches in such a terrible climate of politics. In total, we are facing a mindset that wants to burn Syria so as to bring democracy there.

They also say “We don’t have eyes on the territories of others.” But what is done and what is said shows the contrary. From a historical perspective, we see that those who invaded other countries, with this or that reason, became collaborationists during the invasion of their countries.

The French hegemons had invaded many countries until 1871, then they adopted the German invasion against their own people. The same French imperialists accepted the invasion of Nazi Germany in 1940; the most arrogant and anti-people elements of them collaborated with the invaders. Most of them surrendered to the British and US troops entering Germany from the west to serve for these forces when the Red Army defeated the senior officers of the Nazi armies that had invaded France. There are many other examples.

Those who attempt to invade a country would just sit and watch the invasion of their own country. This suits the imperialist logic. The same goes for the ethical standards. The Greek nationalists who had rushed to invade Anatolia in 1919 never resisted the Italians, the Germans or the British in the Second World War; contrarily, many of them collaborated. The communists protected the honor of Greece. Is there any case showing that nationalism and militarism benefit the world? They only burn and destroy!

Is there any danger of excessive war? Can the tension in Syria confront Turkey with Russia?

As we have always said, the chaos, competition and contradictions in the imperialist system are increasing the possibility of war. Turkey is also included in this competition. The problem is not only limited with AKP; our capitalist class also has an eye on the new fields of investment and the energy resources. This is prevailing either for the Greek capital or the other countries. In other words, large and small, everyone is trying to get a share of the cake and getting armed. No one is innocent.

However, Turkey has been part of the tension in many fronts in recent times. A fact is weakening the social anti-war consciousness. Turkey did not experience the destruction of the Second World War. Military operations abroad, continuous conflicts at home; alright, yet we are such a country that forgot what an excessive war means, which is why the discourse “Let’s enter Damascus” does not draw reaction.

Look, if a politician in the strong imperialist Germany says “We need to capture Warsaw”, it would ignite a scandal. Because, in any case, the German society could not overcome the trauma of the two wars. Don’t let them overcome it! In Turkey, however, many people think that war is a TV series.

Is Erdoğan approaching the US again; in other words, is there any risk of conflict with Russia?

There were some reasons behind Erdoğan’s developing relations with Russia. The first is the Turkish capitalism’s search for getting a stronger position within the world system that is on the verge of new balances. The second reason is related with the first one: The Turkish capitalism is using rapprochement with Russia and China as a trump card that provides economic and political opportunities in order to strengthen its hand in its relations with the West.

The third reason is Erdoğan’s personal survival. Erdoğan would not be able to overcome the salvos of the West without Putin’s help. Now there is an opportunity to heal the relations with the US and Germany. It was not ever possible for Turkey to break with the Western imperialists. There is not any political, military, economic and ideological infrastructure of breaking with the West. Yet there was the opportunity of getting a position with a larger field of movement, which is still possible.

Erdoğan needs to take many things in order to completely abandon the trump card of Russia at once. It is very doubtful if there exists such a US or a Germany. However, things can get out of control at a point. Because it is less likely for Russia to retreat in Syria than for Erdoğan to retreat despite his all warmongering discourse. The US clearly said, “We won’t fight Russia due to Idlib.” Hence, the situation in Syria is very tough for the AKP government.

Is Turkey entrapped as some claim?

This issue of trap has become an old chestnut. As if the actors in Turkey don’t have their own engagements, intentions and goals. The opposition is also talking about this same thing regarding Erdoğan in internal affairs: He is being cheated, deceived. Nonsense! If so, when he says “Fethullah deceived us,” why do they object to him?

There is no friendship in the imperialist world; everyone tries to deceive each other, they entrap each other when necessary, at the rate of their strength. Therefore, we need to put the essence of the problem instead of describing the events with the term “trap”.

How do you evaluate the opposition’s attitude regarding Syria?

Part of the opposition to AKP has developed a completely pro-US attitude in the media. This is shameful. They can’t help, I can give their names. On the other hand, those from the AKP wing have been saying “Russians can be no friends” for some time. With a few exceptions, the media that was selling “anti-imperialism” and”anti-US stance” until yesterday has started to fire at the “Russian bear”.

The Russian media is also doing the same. They were saying Erdoğan was a folk hero, now they are saying he is the patron of the jihadist gangs again. Yes, we should not believe in friendships in such a world. The working peoples are friends, they have to be. The arms dealers, the construction monopolies, and the energy companies only lead to wars and hostility.

The opposition has also taken a similar way. Their love of NATO has blossomed again. Our people should not forget these facts; they should write it down somewhere so that when these forces attempt to develop an “anti-imperialist” attitude tomorrow again, they can smack these facts in the face.