Kemal Okuyan, the General Secretary of the Communist Party of Turkey (TKP), writes on the recent developments in Syria’s Idlib where some Turkish troops were killed recently. Okuyan points at the AKP government’s illegitimate military presence in Syria with the rhetoric of “national stance”. 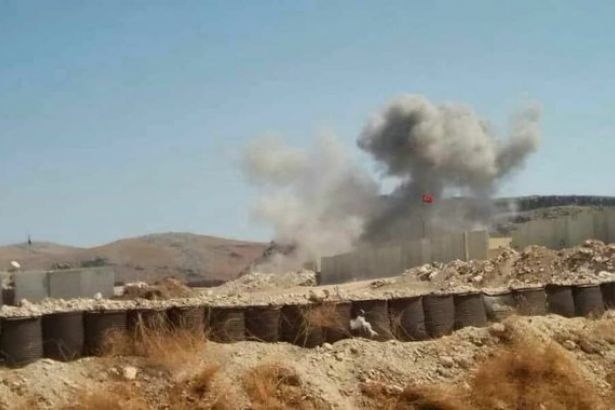 “Would you like to see the Iraqi troops in Ankara?”

The Communist Party of Turkey asked this question and posted posters everywhere many years ago ahead of the US’ invasion of Iraq when it was still uncertain whether Turkey would actively participate in this bloody game. The question was very effective and staggering.

We were meeting with citizens on the streets, who were asking “What does that mean?”; they had never thought until that day that some other people also had homelands in the other countries…

The social reactions and the international balances prevented Turkey from directly participating in the invasion of Iraq. However, Turkey’s cross-border military presence has systematically increased from those times.

A pretext can be found for this all the time.

Just look at the history of the twentieth century. All the parties had a pretext to invade a country in all the examples from the extensive wars including the whole world to the regional conflicts

- They attacked at first.

- We are here to establish peace.

- We will establish democracy.

- We will withdraw as soon as possible.

- Our national interests are under threat.

- We have to protect our cognates.

It is difficult to discuss such pretexts. All of them are open to demagogy. Furthermore, it is almost impossible to weigh them on the scales of justice. And an arrogance of “big power” always accompanies these pretexts. A challenge, a message of “no joke!”, an invasionist arrogance appears within the lines. They market aggrievement and legitimacy in foreign affairs as they challenge in internal affairs.

On any account, the legitimacy of the invader is almost zero. On the other hand, the struggle against the invasion is always legitimate, the invaders are always unjust.

They may resort to “Ifs” and “buts” yet the general rule never changes. It is very difficult for an armed force entering into the territory of another country without its consent to absolve itself. It is not easy to explain the reasons for having cross-border troops even in case of consent. For example, some of the US’ overseas bases and troops around the world have been legitimized by means of bilateral agreements. Still, you can see the widespread rage against the US military presence. A widespread, just and historical rage.

Today, the AKP government is trying everything to legitimate its military presence in Syria, which cannot be explained with any agreement or consent.

- Syria’s dictator is oppressing his people.

- Refugees are massively approaching our borders.

- There is the danger of terror.

- These territories are part of our historical legacy.

- Turkey’s security starts from beyond the borders.

A neighboring country of Turkey, for instance, the Syrian administration, could have said the same things, of course. On the contrary case, Turkey’s patriots and communists would fight against the invaders no matter what pretexts they have. The wars have economic causes; in the final analysis, what confronts the poor people with each other is the big monopolies’ greed for profit. However, the rule says that the people resist the invasion!

Moreover, the foreign powers, including Turkey, have first-degree responsibility in what happened to Syria, turning the country into a zone of jihadist terrorists, leading the country o chaos and civil war, mass migration from this country to the neighboring countries; in brief, in all the problems that are expressed as the pretext at present times.

Furthermore, there are also fighters from various nations not only in Ankara but all over Turkey. We never wanted them but they [AKP] they want the mercenaries and jihadist fighters from Chechnya, Syria, and Libya. This is also a sort of invasion.

This is the point where the AKP government dragged our country with a “national stance”. It is also necessary to remember the opposition that says “We are supporting the government in foreign affairs no matter what happens in internal affairs,” and those who attempted to create an anti-imperialist figure from Erdoğan. They altogether have placed Turkey in continuous war.

We are hearing the announcements of killed Turkish troops in Idlib. It seems that AKP benefits from the tension in Syria in order to build bridges with the US. “I am holding onto here, I’m challenging to Assad and Russia,” it says to Washington, further worsening the already complicated balances. Our pro-US opposition is rubbing its hands and exhibiting a “national stance”!

A “national stance” in the territories of another country, calling NATO for duty!