As education, which is one of the most fundamental rights of people, has gradually become a privilege for the rich in neoliberal order, number of private schools increased seven times in Turkey during the 18-year-rule of the Justice and Development Party government, recent reports indicate. 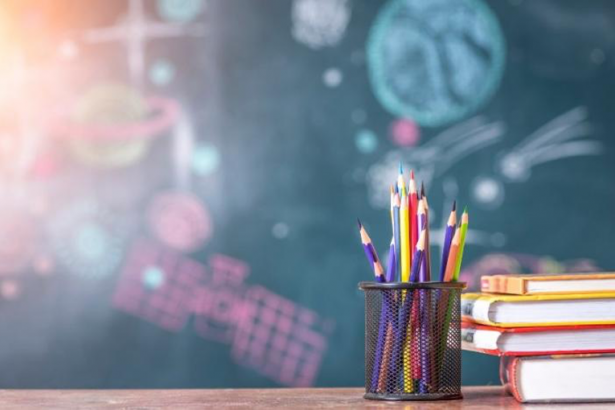 ''Private schooling'', with the own words of the capitalists, is a rapidly growing sector in recent years. At the heart of this sector, there is the attempt of exploiting teachers by forcing them to work as precarious, compelling students and parents to private schools through various mechanisms, while it is also the effort of the state to keep its hands off education, which produces policies to offer bosses more profit.

These figures show that number of private schools has increased seven times in Turkey under the Justice and Development Party (AKP) rule since 2002.

The number of students studying at private schools has increased approximately six times, and the number of teachers working at these schools has multiplied 7.5 times during the same period.

The given data indicates that private schools are living through their ''golden years'' under the neoliberal Islamic AKP government in Turkey.

HOW DID PRIVATE SCHOOLS SPREAD ACROSS THE COUNTRY?

Although all political powers in Turkey since the 1980s have followed certain policies for the marketization of education, the AKP has been conducting this process more systematically and decisively.

Considering the educational policies of the AKP government since 2002, one of its main goals is the Islamization of education, while the other is the privatization of the education in harmony with its Islamization process in the country's education system to raise generations loyal to Islamic values.

The first thing to do for a successful transformation of the education system from a public right into a service to be purchased was to make education in public schools unqualified. Thus, parents, who want to provide better education for their children, would be able to search for alternative schools.

Paving the way for more demands to private schools, the AKP government provided all kinds of legal and financial support for their establishment and survival.

Since most of the public schools, including secondary and high schools, have been turned into Islamic imam-hatip schools by the AKP rule, parents can no longer find public schools to send their children due to the Turkish government address-based placement system forcing citizens to choose between two options: Islamic imam-hatip schools or private schools.

A significant increase in the number of students attending private schools can be observed, especially since 2014, when the Turkish government decided to close the private tutoring centres, known as ''dershane'', and turned them into basic high schools, due to so-called incentive payments for students to promote private schools.

However, the AKP government has directly provided incentives to private schools rather than the students and their families in practice. The Turkish government aimed at the promotion of private schools among especially the middle classes in the country with these incentives, and it was partially successful in this policy.

In addition to the financial support and government policies forcing parents to sent their children to private schools, one of the most important factors that help private schools make a profit is the intense labor exploitation.

As the number of teachers working at private schools has reached 170 thousand with the spread of private schools, it is a known fact that there are thousands of teachers who work informally in private tutoring courses based on course hours s/he taught without social insurance under precarious working conditions.

Teachers working at private schools have suffered from the usurpation of their rights since the beginning of their contracts, and unlawful practices by the capitalist owners of these schools against them for more profit increasingly go on.

Moreover, class hours for a private school teacher can be much more than the officially agreed hours, and additional courses are not paid in many institutions.

In addition to the uncertainty in the legislation regarding the personal rights and obligations of teachers, Turkey's Ministry of Education also shut its eyes to the intense labor exploitation in private schools.

PRIVATE SCHOOLS AS A SOURCE OF DEEPENING CLASS INEQUALITIES

Private schools are a cost-free, regulation-free and rapidly growing area that provides an opportunity to transfer resources to other sectors when necessary. Besides deepening class inequalities among society, it causes tens of thousands of laborers to work under difficult conditions almost without getting their salaries.

The capitalist class in Turkey seems to be satisfied with the profits they've made so far during the AKP's incessant privatization attacks against education system, but as the sector grows, the working class it involves also increases, and the bosses force the workers to work under intense exploitative conditions to continuously maximize their profits.

With all these dynamics mentioned above, the private school sector in Turkey can be considered as one of the most significant areas in which the class struggle will become sharp.