As the struggle against the exploitative conditions and unpaid wages in Turkey's private schools continues, the private school employers' organization made a statement, blaming "certain communities" for exaggerating the situation 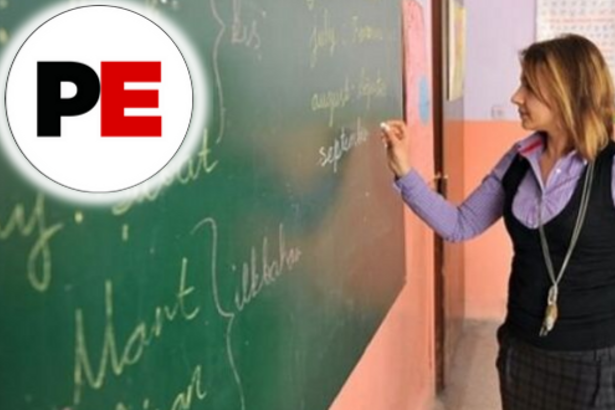 The ongoing struggle of the “We breathe down the bosses’ neck” Private School Teachers Solidarity Network which has been gaining pace as it spreads to different schools has also triggered the private school owners. The private school employers’ organizations who have been demanding from the Ministry of National Education new stimulus packages and a discount on VAT made a mutual statement in which they expressed their "concerns".

In their release, the Private Education Institutions’ Platform constituted by patrons of private education entities namely TÖZAK, TÖDER, ÖZDER, ÖZKURBİR, and ÖZDEBİR confessed that there are hardships in private schools as they blamed the ones struggling to gain their rights that they defamed these institutions.

"CERTAIN COMMUNITIES EXAGGERATE THE SITUATION ONLY FOR DISCREDITING OUR PRIVATE SCHOOLS"

In the statement, the institutions expressed due to the general economic state of the country, like all other industries, the private school sector is observed to have some difficulties this year.

"Yet certain communities exaggerate the situation only for discrediting our private schools. Millions of successful students have trained in private schools. These are an integral part of our educational system," said the employers' organizations in the statement.

The entities also mentioned, despite the negative aspects that could emerge in a very important sector like education, it is a mistake to infer few problematic establishments as a general situation for all private schools that amount to 12,000 now. There are 1.5 million students studying in private schools currently which also provide a substantial amount of employment. Additionally, the institutions stated that certain schools having economic hardship have nothing to do with the institutions giving their titles for affiliation.

The institutions also flattered themselves claiming they are reducing the financial burden on state schools by their existence. The establishments did not forget to demand support and a decrease in VAT from the governmental officials.

ORGANIZING TEACHERS IN PRIVATE SCHOOLS WILL NOT STOP FIGHTING

Expressing that the statement by the employers' institutions was directly aimed at themselves, the “We breathe down the bosses’ neck” Private School Teachers Solidarity Network released a statement saying “Then we also have a response to the bosses”.

The release said, “Yes, the crisis has covered a great distance already. Yet this crisis affects millions of laborers, parents, and students but not the bosses, and you know that quite well. We are witnessing today how rights of the educational laborers are usurped with the excuse of crisis and economic problems in hundreds of private schools. Wages are not paid, educational payments are seized, teachers are subjected to mobbing under intense working hours. Do you really think that saying “Do not defame us” will veil all these facts?”

The teachers also addressed to the claims made by the institutions emphasizing that the business-like approach in education which separates a public right from the public is not the reason but the outcome of these establishments which turned education a purchasable commodity under client relations as the public service was crippled with privatization and reactionist occupation.

Mentioning the statement of the entities is actually a very typical behavior of the bosses which could be observed in a variety of other sectors. The teachers emphasized that the encouragement programs, discharging of the employment burden and reduction of VAT have nothing to do with the interest of the teachers as the "precautions" could only ease the business of the bosses.

Lastly, the network reminded the bosses that they would find the teachers more organized ever, warning them to fulfill teachers’ rights. The statement said, in September hundreds of teachers gathered in different provinces of Turkey in order to discuss how they would retain their rights and strengthen their struggle in private schools.

The organized teachers called upon all educational laborers to contact with the Private School Teachers Solidarity Network, which was formed as a network of the Communist Party of Turkey (TKP), and raise the struggle against usurping of rights by forming up workplace committees in their schools. The teachers also addressed the parents of the students who stand by the teachers of private schools as they give a voice against the crippling of the educational system with deceiving practices.