US arms for Syrian Kurds to continue after Raqqa - Washington 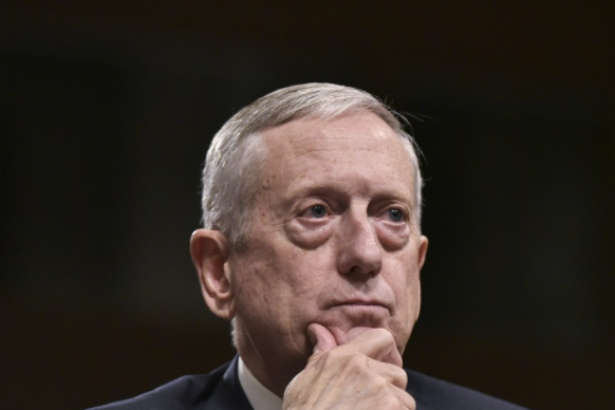 U.S. Defense Secretary Jim Mattis said on Tuesday that America will continue to provide weapons to Syrian Kurdish YPG militants after the battle to oust Islamic State militants from Raqqa, Syria, is over.

Describing American reassurances to Turkey that the U.S. will take back weapons given to the Syrian Kurds after the IS fight, Mattis said it depends on when or where the next mission is. "We'll do what we can," Mattis told reporters during his flight to Germany, when asked about weapons recovery.

Turkish officials late last week said Mattis had reassured them by letter that arms given to the Syrian Kurds would be taken back and that the U.S. would provide Turkey with a regular list of arms give to the militants.

Asked if YPG militants would revert to their pre-Raqqa level of armaments once the fight was over, Mattis responded: "Well, we'll see. It depends what the next mission is. I mean, it's not like the fight's over when Raqqa's over."

Mattis said the U.S. has made it clear all along that, "we're going to equip them for the fight. If they have another fight and they need, you know, the light trucks that they've been using ... we'll get them that."

It depends, he said, on the battle and what weapons the Kurdish militants need.

Mattis said the U.S. gave the militants weapons they needed for the urban fighting they are facing in Raqqa. And as the fight goes on, he said the U.S. will collect weapons and repair them, or take certain weapons back and provide others.

"When they don't need certain things anymore, we'll replace those with something they do need," said Mattis.

U.S. tells Ankara it will take back weapons from Kurds