U.S. tells Ankara it will take back weapons from Kurds

The United States has told Turkey it will take back weapons supplied to the Kurdish YPG militia in northern Syria after the defeat of Islamic State, Ankara said 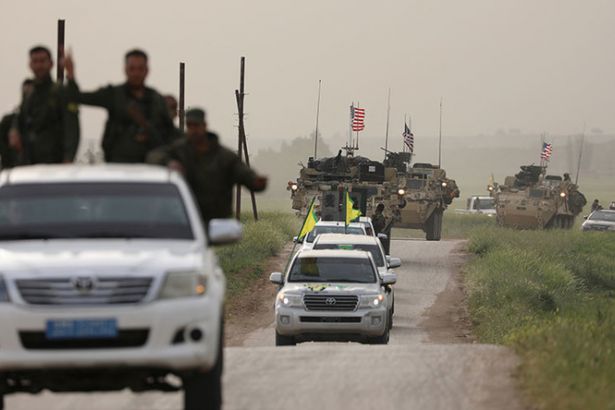 The U.S. Department of Defense has pledged to Ankara government that it will provide a list of weapons it supplied to the Kurdish militants and will secure their return after "victory" over terrorists in Syria, the Turkish National Defense Ministry said in a statement on Thursday.

"In a letter to Turkey's National Defense Minister Fikri Işık, the head of the Pentagon, James Mattis, announced his intention to provide Turkey with a list of arms supplied to the Kurdish YPG [People's Protection Units] formations," the ministry said.

It added that Mattis vowed "that the weapons will be returned after the victory over the Islamic State militants."

"Mattis said that US advisers are taking the necessary measures to prevent the export of weapons outside Syria," the Turkish ministry said.

In the letter to the minister, he also said that Arab fighters would form 80 percent of the forces which will recapture Raqqa.

On May 9, the Pentagon announced that President Donald Trump had approved a plan to arm Kurdish YPG in order to better fight against terrorism in Syria despite objections from Turkey.

Ankara considers the YPG to be affiliated with the armed Kurdistan Workers' Party (PKK), which is listed as a terror group in Turkey, the United States and the European Union. It has said supplies to the YPG have in the past ended up in PKK hands and described any weapon given to the force as a threat to its security.

Turkish officials have not commented, but the British-based Syrian Observatory for Human Rights said Turkish reinforcements headed south of Azaz town, which is held by Turkish-backed Free Syrian Army militants and is close YPG-controlled territory.