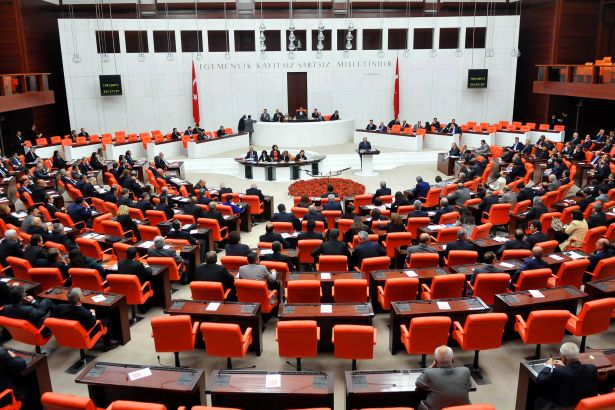 Talking at his party's parliamentary group meeting regarding the Turkish army's military operation in northern Syria, Sezai Temelli, the co-chair of the pro-Kurdish Peoples' Democratic Party (HDP), called on the European Union and the United Nations to "say stop to Erdoğan's war policies".

Temelli said, "We don't want a war. War is a disaster. Therefore, we are shouting here loudly: no to war." He called on the peoples of Turkey, the Middle East, and Europe to gather to say no to the war.

"The mandate will be discussed today. We'll say 'yes'," Kılıçdaroğlu said, indicating to the parliamentary mandate to use the Turkish Armed Forces in Syria and Iraq, adding that they would 'say' to protect the Turkish troops abroad although they are "critical" of the ruling party's Syria policies.

The Turkish parliament convened on late October 8 to discuss a military mandate that would permit the Turkish Armed Forces to carry out cross-border operations in Syria and Iraq. The parliament extended its permission for military operations for one more year until October 30, 2020. The previous mandate was permitted by the parliament in October 2014 as it was further extended until 2018.

Turkey's President Recep Tayyip Erdoğan announced last week that Ankara might launch a military operation in northern Syria to clear Kurdish militant groups along the Syrian border in order to create a security zone to accommodate Syrian refugees in the area.

Towards a Turkish offensive in Syria: AKP seeking adventure