In its daily podcast "Voice of TKP", the Communist Party of Turkey (TKP) calls on those who favor the friendship with the peoples of Syria to organize against all the dirty plans of the Turkish government on Syria 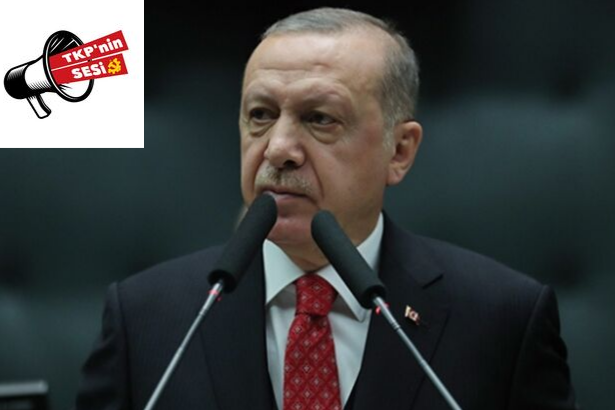 Turkey's ruling AKP announced that it would launch a military operation in the northeast of Syria and signaled that it would ally with the Free Syrian Army (FSA). President Erdoğan told the United Nations last week that Turkey planned to set up a zone along 480 km of border and reaching 30 km inside Syria, while the US recently announced no US forces would be involved in such an operation.

Today's daily podcast of the Communist Party of Turkey, "Voice of TKP", covers the dirty games played against the working people of Syria. TKP mentions that there will be consequences of the political responsibility of intervention in violation of the borders of a sovereign country.

The AKP government has already begun to pile troops and weapons on the borderline to fully control the zone. It was announced that 15 thousand militants in the FSA would join the operation.

Reminding that some people residing in Turkey will allegedly be moved to Syrian land, according to the reports, and it is unknown if the AKP government will stop at 30 km when inside, TKP states that AKP is interested in northeastern Syria as the region rich in energy resources is attractive for capitalist investment. The region is also critical in terms of international relations.

Shouting the slogan "Hands off Syria!" once again, TKP says "those who say 'we lost our patience' to each other today are same with those who intervened in Syria under the name of a strategic partnership with the US for years and are responsible for the great chaos that has been created in Syrian land."

"The TKP calls on those who favor the friendship with the people of Syrian to organize against all the dirty plans of the Turkish government," it adds.

Pentagon: "We have fulfilled our part of the commitment to create safe zone"