Turkish President Recep Tayyip Erdoğan delivered a long speech on Aug. 22, blaming the communists for being unpatriotic and against new construction projects. The Communist Party of Turkey (TKP) responded to Erdoğan's manipulative statement 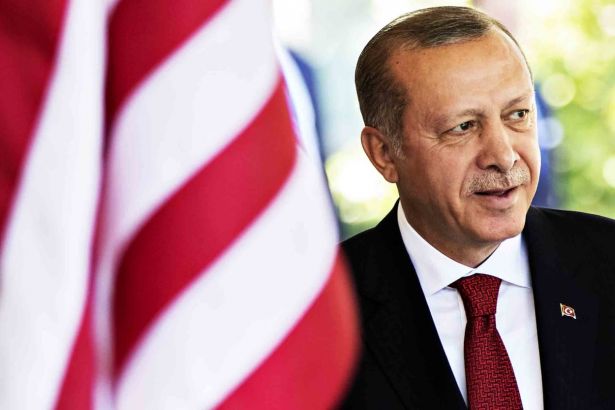 Turkish President and chair of the ruling Justice and Development Party (AKP) Recep Tayyip Erdoğan made controversial statements on Aug. 22 during a meeting with mukhtars, heads of local districts in Turkey.

Talking about many different issues, President Erdoğan signalled that the ongoing state of emergency, which started upon the aborted coup attempt in the summer of 2016, would continue around the country with the aim of "defeating the terrorist organizations".

Erdoğan also targeted the communists. "Now we are building an airport on the sea. They say, 'We don’t want'. Who are they? The communists! This leftist mindset, these communists have never been patriotic, nationalistic," Erdoğan continued, alleging that the communists have not favoured technological advancements and innovations or new constructions in Turkey.

Meanwhile, the Communist Party of Turkey (TKP) immediately responded to President Erdoğan’s manipulative statement. "The communists do not reject airports or roads. Of course, airports, dams and roads will be constructed," said Kemal Okuyan, General Secretary of TKP.

Okuyan continued: "Communism is such a social system that could achieve many works which AKP cannot even dream of today. What the communists reject is the destruction of the environment. What else do we reject? We reject the construction and operation of dams, roads, bridges and airports for profit making purposes. The social richness is being plundered for the profits of some individuals. We reject the occupation of Turkey by domestic and foreign monopolies."

Warning Erdoğan and his AKP government about the fact that all the financial assets at the disposal of the ruling party belong to the public indeed, Okuyan said, “You construct illegal palaces, you turn the cities into concrete jungles, you destroy history, art and culture, then you dare to say that the communists always reject! Of course, the communists will oppose all the time.”

Kemal Okuyan: 'This country has no choice but struggle'