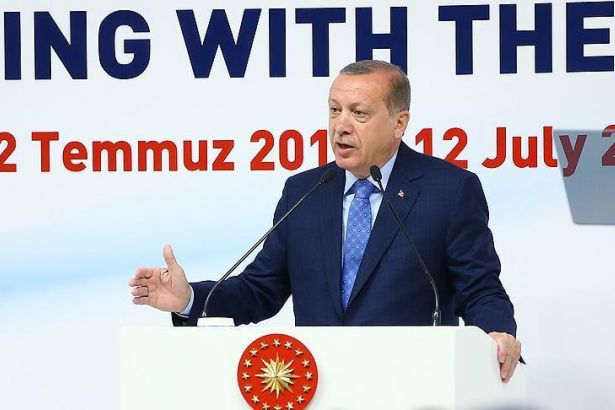 "There can be no question of lifting emergency rule with all this happening," Erdoğan said in a speech to foreign capital investors in Ankara. "We will lift the emergency rule only when we no longer need to fight against terrorism." He said the end of emergency rule could be possible "in the not-too-distant future", but gave no specific time frame.

“We do declare the state of emergency to allow the businesses work smoothly”, he added.

Turkish government declared a state of emergency on July 20, 2016, and has so far extended it three times. Emergency rule allows the president and cabinet to bypass parliament in passing new laws and to limit or suspend rights and freedoms as they deem necessary.

Erdoğan argued that the government disappointed those who wished to demolish the democracy as well as the economy of Turkey.

“THERE IS FREEDOM OF THOUGHT IN TURKEY”

Erdoğan’s speech also addressed the recent justice march initiated by the opposition party CHP leader Kemal Kılıçdaroğlu and the much-discussed issue of freedom of thought in Turkey. According to the President, the march from Ankara to İstanbul was held under guarantee of the government.

Erdoğan also argued that “Turkey is not a country where there is no freedom of press and thought”. Mentioning the recent diplomatic crisis between Turkey and European countries where government representatives were not allowed to enter the countries and Erdoğan himself was rejected to hold public meetings, Erdoğan said: “There is no freedom of thought in there, but we are not like them”.