TÜSİAD, the biggest capitalist organization of Turkey, made a statement regarding the revote election results and congratulates İmamoğlu 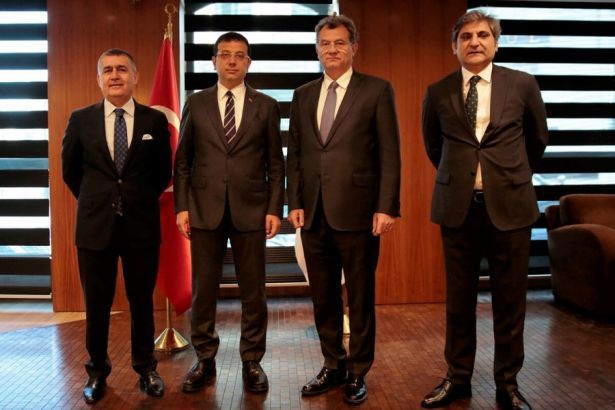 "We hope that the government, private sector, civil society, academia, and all other stakeholders will work in harmony and cooperation for the management and development priorities of Istanbul," the statement said.

The capitalist organization also asserted that an important test of democracy was passed successfully.

Before March 31 elections, Ekrem İmamoğlu, İstanbul metropolitan mayoral candidate of Turkey’s parliamentary main opposition Republican People’s Party (CHP) paid a visit on February 18 to TÜSİAD. İmamoğlu said that their visit was not only related with the upcoming local elections that would be held on March 31 but also a preliminary meeting for establishing a sustainable relationship with TÜSİAD in order to cooperate in the administration of İstanbul.

Within the same month, the organization had released a supportive statement for the ruling AKP that declared an anti-labor economic package after the local elections, announcing that they were satisfied with the government’s steps for the new economic program.

After the election council's decision to annul the March 31 elections, TÜSİAD had expressed "concern" over entering a new election process although Turkey "has to focus on a comprehensive economic and democratic reform agenda".

TÜSİAD: a history of organised exploitation