Turkey requests Patriot system from US but no decisions yet: Sources

Some sources recently claimed that Ankara has added Patriot batteries to its demands list from the US under its call for support from the NATO allies. 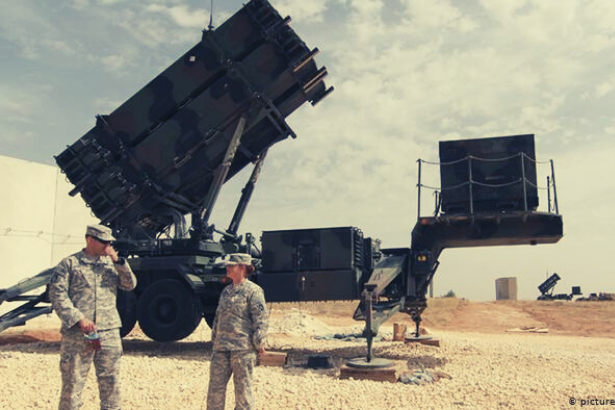 Tension has been escalating since the Idlib statements and military action of the Turkish Armed Forces in Syria.

A US official speaking to VOA said that the US is aware of the request from Turkey for Patriots on their border with Syria but no decision has been made on whether or not Patriots can be provided on the 20th of February.

According to Telegraph, Turkey’s request from the US to deploy Patriot missile batteries to defend its troops from Syrian regime airstrikes as two more Turkish soldiers were killed in escalating tension between the two sides.

Although some sources claim that a United States Air Force Convoy Boeing C-17A Globemaster III heading to Turkey on high attitudes, there is yet no confirmation of the arrival of Patriot batteries in Turkey.

“They provided us defense batteries before, since there are both air and missile threats to Turkey, and recent incidents happened before” Turkish MoD Akar recently reminded while pointing out a Patriot battery can be provided as support. According to Akar, Stoltenberg, Secretary-General of NATO, also follows on this issue.

Turkey's Ministry of National Defense also shared a message of loyalty to NATO on Tuesday from his social media account saying, “we have been together for Peace and Security for 68 years #WeAreNATO.”

Opinion: Is Turkey going into war with Russia?