TKP calls from İzmir: "We are ready"

Gathering together with the slogan 'We are ready', TKP members and friends celebrated the 99th anniversary of the party in İzmir 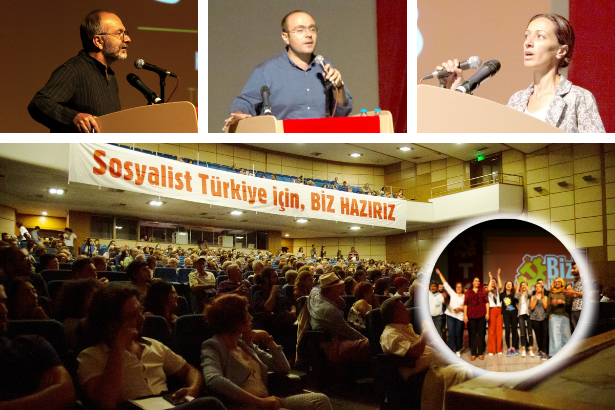 The event began with the entry of TR İnter Tekstil workers to the hall and continued with commemorating a party member who recently lost her life. Then, a video about the history of TKP was showed to the audience.

TKP Izmir Provincial Head Başar Özer made the opening speech in the event. He began his speech with the great communist poet Nazım Hikmet's words: "Today, in the words of our comrade Nazım, we are celebrating the 99th year 'the greatest craftsmanship, the finest skill of ours'.

Mentioning that the capitalist order has nothing left to offer to humanity, Başar reminded the recent forest fires in İzmir that burned hundreds of hectares of green land and that could not be taken under control for days. "A huge part of the city burned, but there is still no scientific plan on how to get out of here. The biggest municipalities, universities do not say anything. Well, then, the Communist Party of Turkey is ready to take on this responsibility," he said.

"The capitalist order in Turkey is doomed to the economic crisis. As long as their greed for profit, ambitions and unplanned economies exist, we will see even more crises. We have the solution to this problem," Özer added.

"OUR RESISTANCE HAS OPENED OUR EYES"

TR Inter Tekstil worker, Çiğdem Kaya, took the floor after Özer and said: “We are TR Inter Tekstil workers. Our resistance has opened our eyes. When we couldn't get our rights, we wanted to announce it. After a message sent by one of our friends to the network of 'We breathe down the bosses' neck', several friends joined us. This was when we met with our party.”

At the end of August, workers at the textile factory TR İnter Tekstil won after 11 days of resistance to receive their pays. The workers celebrated their victory with the members of TKP.

"When we got together, we felt how powerful we were. We learned not only political but also legal struggle. Meanwhile, our party's lawyer was always with us. He didn't come to support, he was fighting as if it was his fight," she added.

"WE HAVE THE WILL TO CHANGE THIS ORDER"

After the textile worker Çİğdem Kaya, Kemal Okuyan, the Secretary-General of TKP, took the stage.

He started his speech by welcoming the textile worker and said "We started to feel the excitement of 100 years ago! Çiğdem, who just spoke, explained the source of this excitement."

"When we look at the world and Turkey in 2019, we see nothing but our own ideals for humanity. And this, of course, gives us excitement. We are uncomfortable because of having to live in such an order. But we have the will to change this order, we believe that we can change and this is why we are excited," Okuyan added.

"We will bring back the excitement of a hundred year ago"

After Okuyan's speech, members and volunteers who recently joined the party were given badges. 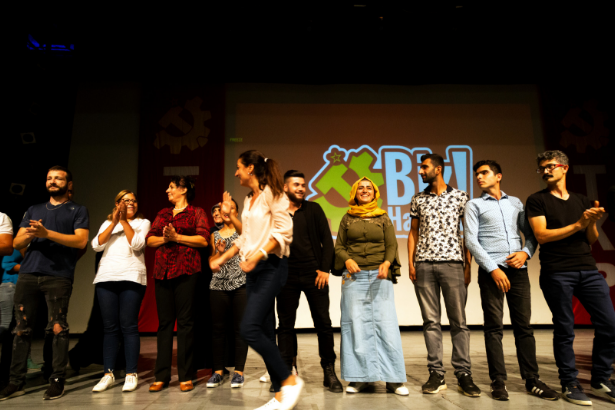