"We will bring back the excitement of a hundred year ago"

soL news interviewed Kemal Okuyan, the General Secretary of the Communist Party of Turkey (TKP), on the 99th anniversary of the party's foundation 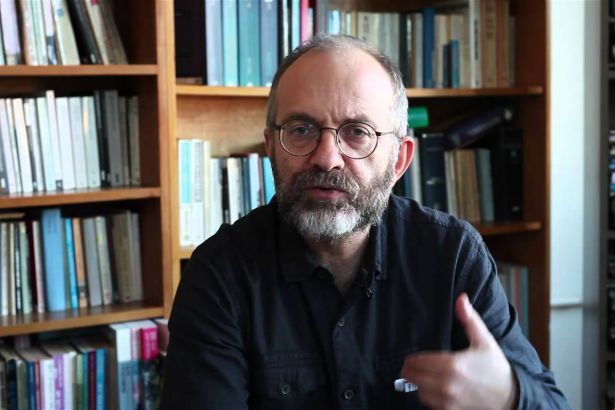 99 years have passed since the foundation of the Communist Party of Turkey. After all these years, what can you say in 2019 about TKP?

Doubtlessly, we can say many things. Still, today, we need to mention that TKP was established in 1920 with enormous excitement and optimism. It was natural; as the world turned upside down, the Russian proletariat kicked out the exploitative classes when the First World War was about to come to an end. The workers rose up in many countries around Europe. The people challenged the imperialist occupation in Anatolia; furthermore, they also challenged the obsolete Ottoman dynasty in İstanbul. Today, we are not facing similar conditions, yet we see that the foundations of imperialism and capitalism have further decayed after one hundred years. This irrational social order should and can be overthrown. That's what we need to deal with. We aimed to equip TKP with the same excitement and optimism. We have fairly progressed in this way.

Some think that this excitement and optimism is childish.

Let us discuss it one by one. First, do we think that "this social order must change"? There is nothing to defend about this social order. It is so terrible that even the owners of it are complaining about it. Second, "Is it possible for humanity to keep on by surrendering to this social order?" In other words, "That is life, it is inevitable". Those who say "yes" to this must be losing their humanity. That is out of the question. In this respect, humanity will go to a great settlement, there is no other way. Does it make sense if the righteous, the good side of this settlement, those who seek equality and freedom, enters into this fight by saying "we will be defeated“? Even though it is difficult, we need to focus on winning and being successful. If we do so, we will see the weaknesses of today's system better. It is much claimed that imperialism, exploitation, and reactionism are powerful today. There can be no communist party as part of this. TKP has to disseminate the idea that this order should and will change and to fulfill its practical requirements. Could there be anything more exciting than that?

What about current tasks? Humanity has problems that need immediate solutions.

For this reason, the struggle against the order should be increased. You cannot preserve anything in this order based entirely on profit. If there is no pressure of “revolution" on the capitalists, they do not make even the smallest concessions, the real wages fall and the working hours increase. The history of the struggle of the working class shows this. You cannot protect nature. As long as the construction and energy monopolies rule the roost in Turkey, as long as the greed of the largest tourism companies and the dominance of the automotive capital continue, our forests will be destroyed, the cities will turn into concrete jungles.

It is not only in Turkey, but capitalism is also destroying everywhere. You cannot stop femicides, violence against women; because discrimination against women is fed by the injustice in the capitalist-worker conflict. If one surrenders to fundamental injustice, another is legitimized. I mention this in addition to the fact that women workers are exploited more. It is a crime to lie to the people while fighting daily in all these topics. We should point out the reasons for the problems. Improvidence, corruption, bribery…

These are not caused by moral degradation! Improvidence, corruption, and bribery are inevitable where the only motivation is to make a profit. It doesn't matter if you make it compliant with the rules. The largest corruption cases in recent years in Turkey have been privatizing Tüpraş, Telekom, SEKA, and others. Those who destroyed these state-owned enterprises are wandering around as moral businessmen! The exploitation of people by others is no less immoral than bribing in a tender. Yes, we need to decide where to draw the red line. Some insist on "not sacrificing today for the great salvation of tomorrow!" Do we really have a "today"? We are saying that "we cannot win today without the will to win tomorrow”. But we do also add "if we present this day to the system, we will lose tomorrow for sure.”

How is TKP getting prepared for this process?

Recently, we try to update the political and organizational structure of the party due to the sudden developments in Turkey and in the world, on the one hand, and we try to enhance the party's strength, combativeness, expansion, the ability to address and motivate the masses in a planned way, on the other. This process is not making progress on a mediatic ground but on real channels. The network of "We breathe down the bosses' neck" began to acquire an important position in the organization of the working-class culture in Turkey. We have opened dozens of "district houses" in the working-class neighborhoods and continue to open them. New openings are being added on September 10, the date of our anniversary.

We embarked on a plan to make TKP exist in every part of the country. New members, new TKP Volunteers are joining us. And as I said, we do all this with a discipline of purpose. Turkey can not be handed over to this barbaric order. This is a summary of everything. We progress with this idea. In many cities, within the next ten to fifteen days, we organize meetings and openings, the first of which is in Istanbul. In October, we will host the annual meeting of communist parties from all over the world. A very big event will take place in Izmir on October 19. And above all, we will be a party that responds, moves, reacts faster.

Is there a gap that TKP fills in Turkish politics today?

TKP claims to be the party filling the large gap occurred in Turkish politics. Of course, there is a gap. There is political power burying the country into darkness and a broad coalition that included those partnering this darkness against the government. There's a difference between them, of course. However, at the source of that difference is there the worries of the exploiters and imperialists who benefit from this darkness! Turkey is a witnessing a political scene in which the parts are exploiters sensitive the freedoms vs. despotic exploiters, democratic reactionaries vs. authoritarian reactionaries, despotic compradors and cooperative compradors.

The bourgeois opposition always sings songs of freedom, democracy, and cooperation. The problem, however, is that this order has to suffocate freedoms. When there are so many unemployed and poor people and when the law of large monopolies that exploit the country from education and health to industry, commerce, and media rules everything, how can there be freedom in Turkey? We cannot be a port anything that is related to the survival of the existing system in Turkey. The survival of the people and the country and the survival of this order are separate things. Yes, the voice of the working class in politics is missing and we strive to fill that gap.