TKP: Bills to wage wars must be canceled immediately!

Communist Party of Turkey (TKP) has released a statement regarding Erdoğan's bill approved by the Turkish parliament to send troops to Libya, calling for the immediate cancellation of war bills 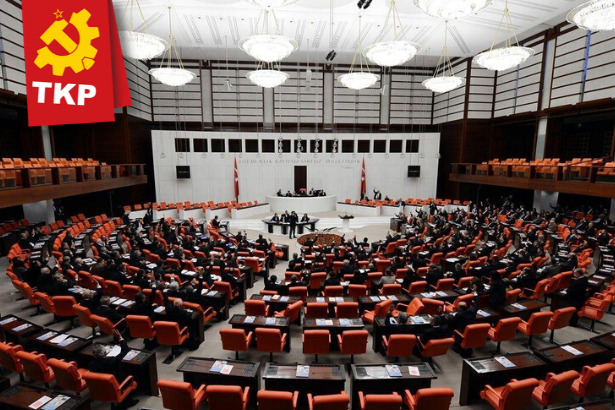 Communist Party of Turkey (TKP) today issued a statement on the adoption of the bill to send troops to Libya by the Parliament.

TKP called for the cancellation of this recent bill and those which proceeded it and called on all armed forces in the territory of other countries' lands to return to the country.

The bill authorizing the President to send troops to Libya passed through Parliament. This result does not surprise anyone; the Turkish Parliament is already acting as a notary public, not as the decision-making body of the representatives of the people.

And now, again, a bill is ready to send our soldiers, for whom the imperialists priced "23 cents", to Libya, this time to fight alongside the jihadists.

The reason for trying to settle onto the land that has been devastated, broken into pieces, and seized by jihadists and imperialists like vultures is evident: The capitalists seek to obtain new resources, the government seeks new trump cards.

The neo-Ottomanism maneuvers that AKP has tried in new regions have been putting its own people and the peoples of the region in danger. With this bill, the Turkish government has escalated the tension in order to make the Mediterranean a region of wars of redistribution.

The result of the opportunistic and aggressive foreign policies will mean greater threats, poverty, and losses of lives for our people. Syria is the most recent example of this. Nobody has the right to make our people experience other massacres.

This bill and those which preceded it must be canceled immediately and all armed forces in the territory of other countries' lands must return to the country.