"We have made our preparations to send our forces to Libya without waiting for the approval of the memorandum of understanding in the parliament," says the Turkish Minister of National Defence as the sources claim that the Turkish government has started transferring jihadists from Syria to Libya 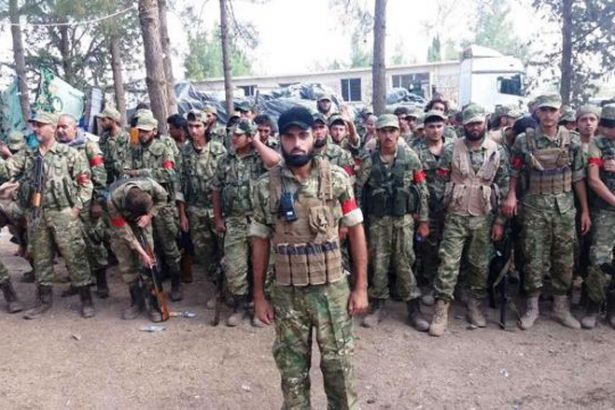 Hulusi Akar, Turkey’s Minister of National Defence, has made statements on recent developments about sending Turkish troops to support the U.N-recognized Government of National Accord against the General Khalifa Haftar and his Libyan National Army’s advance towards the Libyan capital, Tripoli.

"Libya is a friendly and allied nation to us. Turkey will stand with its Libyan brothers to prevent attacks against civilians. We have made necessary preparations to send Turkish troops to Libya without waiting for the approval of the motion on the military deal with Libya," Defence Minister Hulusi Akar said on Dec. 31. during his visit to the Turkish soldiers on the Turkish-Syrian border.

Claiming that Turkey has deep-rooted cultural and historical ties with Libya, the Defence Minister Hulusi Akar said, "The forces under the command of Khalifa Haftar pose a threat to the U.N-recognized Government of National Accord (GNA). We continue to closely follow the developments in the region within this framework. Many foreign armed forces have been also involved in the conflict. Libya is a friendly and brother country to Turkey. It is not possible for us to be indifferent to the attacks carried out against civilians."

"The necessary process for sending Turkish troops to Libya [to support Tripoli-based GNA] has already begun. We will do what is necessary following the ratification of the motion in the parliament. Humanitarian aid and training activities will be our primary mission," Akar also added.

TURKISH GOV’T SENDS ITS JIHADISTS IN SYRIA TO LIBYA

As the Turkish officials state that Ankara is ready for the preparations to send troops to Libya, a number of Turkey-backed jihadist groups ─ including Sultan Murad Division, Suqour al-Sham Brigades, and Faylaq al-Sham ─ fighting against the Assad government in Syria will be transferred to Libya to battle against Khalifa Haftar in the wake of negotiations carried out by the National Intelligence Organization of Turkey (MİT), London-based online news outlet Middle East Eye reported.

Each jihadist receives $300 upon signing the contract in Syria and will receive $1800-$2,000 per month in Libya, according to the sources.

Yet, the Spokesperson of the Free Syrian Army [FSA, or the Syrian National Army with its new name] denied the transferring Syrian jihadists to Libya, stating that "FSA categorically denies sending any of our forces and military formations to Libya, and our priority in the Syrian National Army is to protect our Syrian people from the regime’s militias and its Russian and Iranian supporters."

The Syrian Observatory for Human Rights (SOHR), a British association linked to the Muslim Brotherhood, also obtained similar information about Ankara’s operations for transferring jihadists from Syria to Libya. According to the report released by the SOHR on Dec. 29, 300 jihadists have arrived in Tripoli so far, and "the number of conscripts who arrived in Turkish camps in order to receive training courses ranges between 900 to 1000."

In December 2019, the U.N-recognized GNA under the leadership of Fayez Mustafa al-Sarraj, also backed by Turkey and Qatar, agreed to activate a military cooperation agreement with Turkey, allowing for the involvement of possible Turkish troops to help defend the capital, Tripoli, from Libyan National Army (LNA)’s advance led by Khalifa Haftar supported by Russia, the United Arab Emirates, and Egypt.

A military memorandum of understanding signed between Ankara and the GNA on Nov. 27, which provides for the Turkish army to be sent to Libya to support Fayez Mustafa al-Sarraj’s forces at the request of the GNA, has already been presented to the Turkish parliament.

Following the approval, last week, the GNA has formally requested Turkish air, ground, and sea military support to fend off an offensive by Khalifa Haftar's forces to take the capital Tripoli, a GNA official also told on Dec. 26. The Turkish Parliament will discuss the resolution for military intervention in Libya on January 2.

The Turkish President Recep Tayyip Erdoğan had claimed at a meeting of his governing party that "We do not go where we are not invited. Right now, there is an invitation that we will respond to."

Meanwhile, Turkey is still seeking for a possible agreement over the future of Libya with Moscow, which has already been supporting the General Haftar’s LNA through the Kremlin-linked mercenaries, the Wagner Group, according to several sources.

As Russian President Vladimir Putin and Turkish President Recep Tayyip Erdoğan will hold a meeting in January to discuss Ankara’s plan to send military support to Libya, Turkish Foreign Minister Mevlüt Çavuşoğlu had said last month that Ankara hopes to forge closer ties with Moscow on Libya, even if there are certain disagreements between two countries on the current situation in the region.

Although the size of planned military support of Turkey is not clear yet, it would possibly point out a far greater role for Ankara in this endless civil war in Libya which had already become a proxy war involved by many imperialist powers.

Since the imperialist intervention using jihadists and NATO forces in 2011 that toppled and killed Muammar Gaddafi, Libya has been fragmented by two major conflicting parties. General Khalifa Haftar and his LNA are backed by Russia, the UAE, and Egypt, while the U.N-recognized Tripoli-based GNA led by Fayez Mustafa al-Sarraj is openly supported by Turkey and Qatar. France is also claimed to support the Tobruk government of General Haftar due to its seeking for petroleum in the east controlled by the LNA. France had blocked a draft EU resolution that would have condemned Khalifa Haftar and called for him to retreat in April 2019.