People of Ankara meet at TKP gathering "to win 2020"

Organized by the Communist Party of Turkey (TKP), a major gathering calling for hope, organizing and celebrating to win 2020 was held in Ankara with great enthusiasm 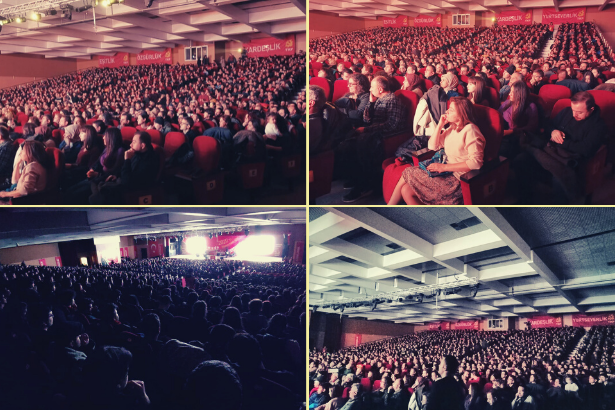 The third major gathering of TKP was held in Ankara on Saturday, calling for "hope, organizing and celebrating to win 2020." TKP hosted thousands of people in Turkey's capital city, Ankara, after thousands of other people in Istanbul and Izmir.

Mass TKP gathering in Istanbul: "We will change this city, this country"

After the congress center where the gathering was organized was filled with the working people of Ankara, the event began with video screening. After the video, Yapıcılar Orchestra took the stage with their songs.

Following the orchestra, the TKP Ankara Provincial Head Devrim Koçak made his speech, greeting the crowd and the organized and resisting working people of Ankara in different sectors, such as organized teachers of a private school chain, construction workers, metal workers.

"Each militant, each member, each voluntary of TKP is calling, so that no one of us is left alone in front of the exploiter at work, of the police at school, of the boss in the hospital," stated Koçak, calling the friends of TKP to be organized and struggle together.

"The people who came together with us in this hall, who came together in the district houses of TKP, who met with the solidarity network 'We Breathe Down the Bosses' Neck', high school students, the Communist Youth of Turkey and others are the most powerful answer given to despair and unorganization," added Koçak. 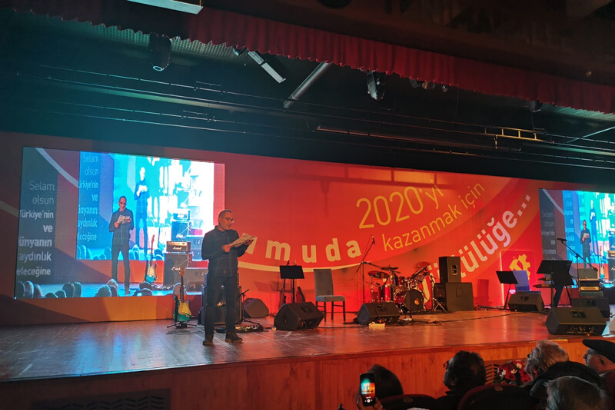 During the event, several video messages from communist and workers' parties, all of which greeted the struggle of TKP and the working people of Turkey, across the world were screened.

TKP General Secretary Kemal Okuyan also made a speech, noting the importance of the three words in the name of the party. "Party is a school; we learn to sing our songs together and, most importantly, to fight together. The party is the companion of those who walk on the same path, the party is an organization for struggle.

"And then Turkey. Our beloved country. It denotes the country we will make stand up, establish a socialist order. And Communist... Everything from education, health to transportation will be free. While the working class saves itself, it will save humanity. We will establish an order with no crisis, poverty, that is why we are communists. That's why we never turn our back on the word communist," Okuyan said. 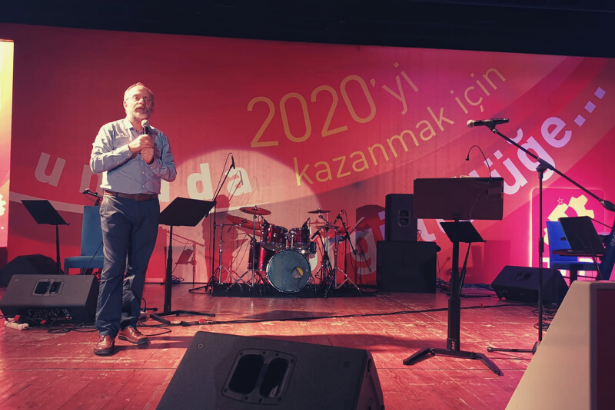