Mass TKP gathering in Istanbul: "We will change this city, this country"

The second of the major events organized by TKP in three big cities with the slogan ‘To win 2020' took place in Istanbul on Sunday, bringing thousands together 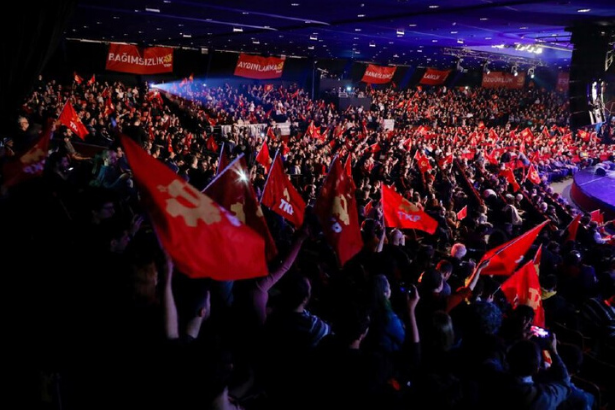 Before the start of the event, resisting workers from many sectors, including Bimeks workers, textile workers, teachers of Doğa schools, construction workers, metal workers, and cafe workers, came to Bostancı Showland by shouting slogans and holding banners.

While waiting for the opening of the hall, workers fighting for their rights by joining the solidarity network "We Breathe Down the Bosses' Neck" came together to talk about their struggles.

The event started with a video demonstration of the newcomers to the party. 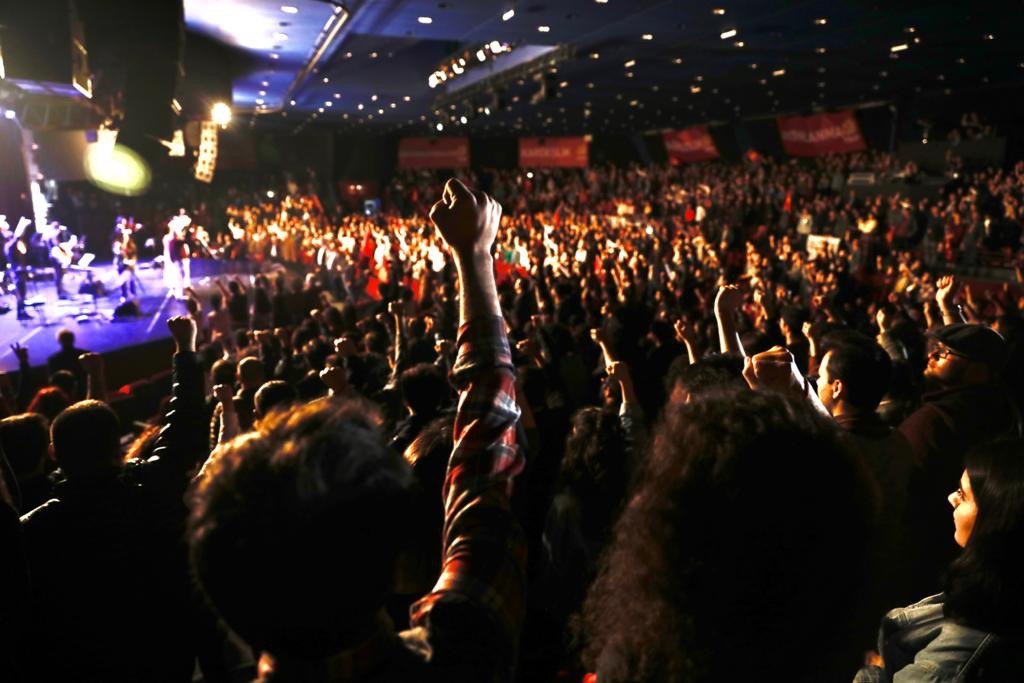 Yapıcılar Orchestra and Gülcan Altan participated in the event with their songs.

In addition, the event was greeted by communist and workers' parties from all over the world. Communist parties from Portugal, Venezuela, Italy, Britain, Russia, Israel, Greece, Hungary, Spain, India, and Mexico conveyed solidarity messages.

Lastly, TKP General Secretary Kemal Okuyan made his speech, saying “Organized workers will defeat the capitalists. The organization of workers will be possible in the ranks of the party!”

The event ended with the Internationale that was sang by the thousands of people in the whole hall.

The third major gathering will be held in Ankara on January 4.