The first of the three major events organized by the Communist Party of Turkey (TKP) in three big cities with the "Call for Hope, Organizing and Celebrating to Win 2020" took place in İzmir yesterday 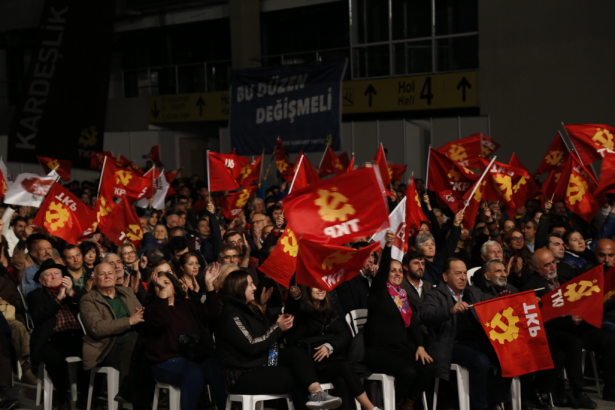 The event, which brought hundreds of people together and filled the 3rd hall at İzmir's Kültürpark, started with videos of the new members of TKP, explaining why they decided to join the party. The communist poet Nihat Behram took the stage after the video demonstration.

After Behram, TKP İzmir Provincial Head Başar Özer made a speech. He noted the increasing poverty and deepening economic crisis Turkey has been experiencing and reminded that the working class of Turkey has been resisting against the creators of these conditions.

"We are not afraid of the parasitic class of the bosses! If they have two hands, we have millions!" said Özer.

The TKP gathering continued with Yapıcılar Orchestra of TKP, singing their songs based on the poems of communist poet Nazım Hikmet together with thousands in İzmir. Another brilliant musician Gülcan Altan shared her songs with the audience.

Among the songs performed by Gülcan Altan, there was also a Greek song translated from Nâzım Hikmet's poem "For the brotherhood of the Cosmos". Communist and workers' parties from all over the world have also expressed solidarity with the TKP gatherings. The Communist Parties from Portugal, Venezuela, Italy, Britain, Russia, Israel, Greece, Hungary, Spain, India and Mexico conveyed messages of friendship.

Journalist-author Enver Aysever and actor Orhan Aydın read out poems of Nazım Hikmet at the gathering.

Kemal Okuyan, TKP General Secretary, also made a speech. "When organized, we are fighting against the bosses. We are making them take some steps back, but we're not deceiving anyone. As this system continues, exploitation, inequality, hunger, poverty, and unemployment will continue. So we need to encourage people to struggle, even if it is difficult," Okuyan said.

"We are reaching our 100th anniversary!We are proud of our Party! The exploiters will be defeated because they are rotten! Communism will prevail because it is the only future for humanity!" he added.

Finally, after the re-performance of Gülcan Altan and Yapıcılar Orchestra, the event ended with the thousands' singing the Internationale. 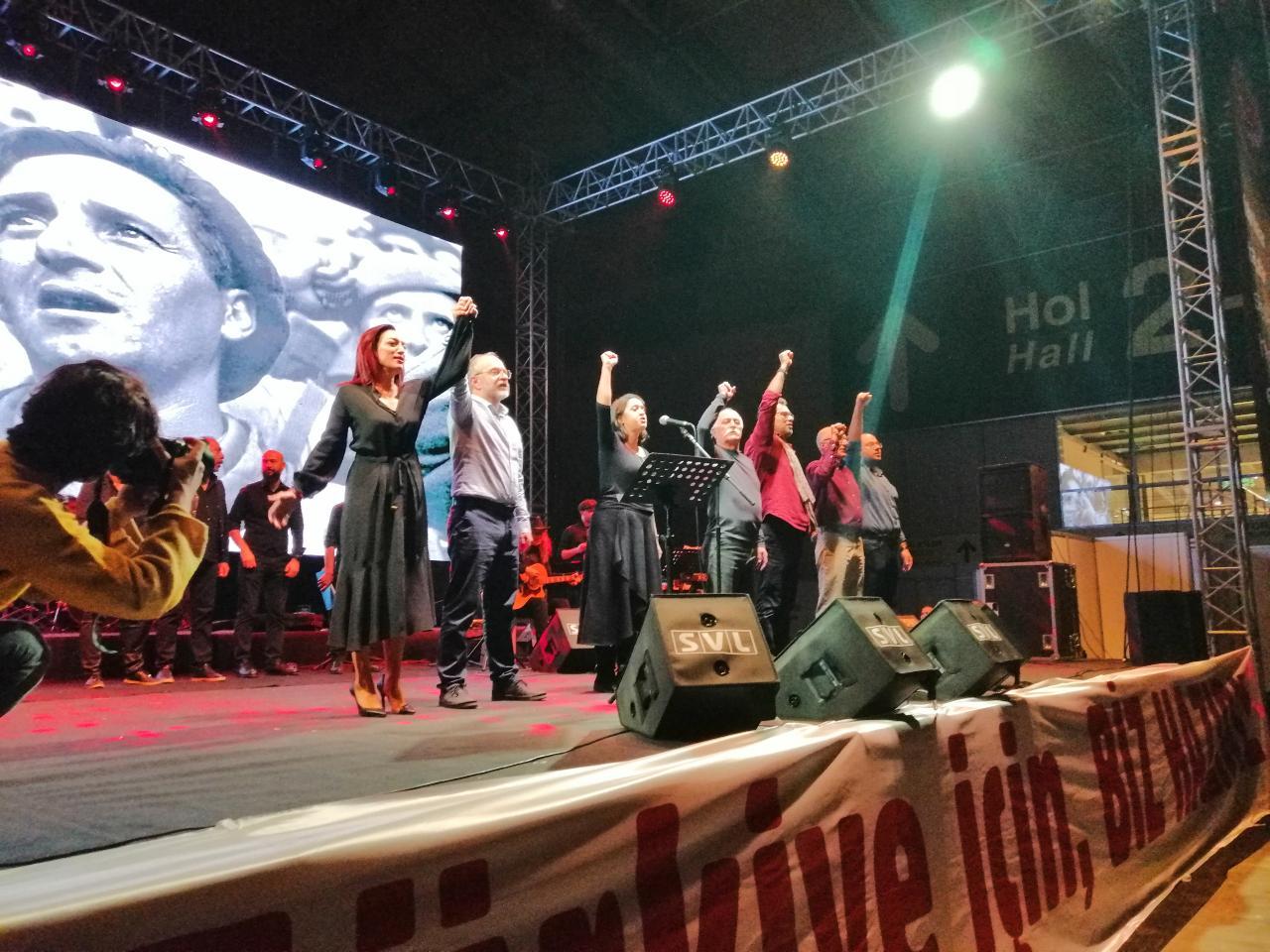